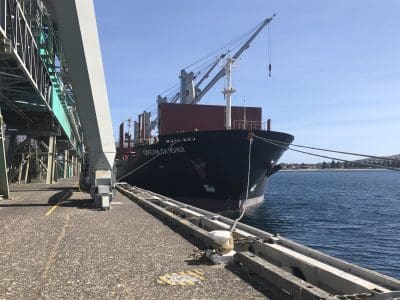 SOUTH Australian bulk-handler Viterra has loaded its first shipment of new-crop grain at its Port Lincoln terminal on the southern Eyre Peninsula.

Glencore Agriculture’s vessel has been loaded at night to ensure grower deliveries are managed efficiently during the loading of 26,500 tonnes of wheat bound for Yemen. 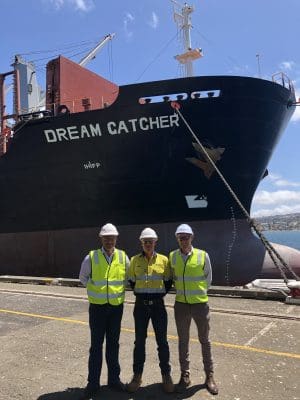 Glencore Agriculture senior wheat trader Simon Gellert said Yemen was a regular export market for Australian white wheat, which had a reputation for low moisture and high quality which benefited millers and other end-users.

“Australia has experienced consistent demand from Yemen, which has taken on average 800,000t a year over the past five seasons, despite our weather-impacted production volumes.

Viterra’s Port Lincoln terminal can load up to 3000t per hour of grain, and has recently undergone a major upgrade.

“We have four exporters with shipping booked out of Port Lincoln for November and December, with grain bound for a number of domestic and international export markets,” Mr Pratt said.

“We are currently running 24-hour operations at Port Lincoln to load vessels at night, using the terminal’s infrastructure off peak, to ensure we maximise efficiency for harvest receivals from Eyre Peninsula growers.

“Managing the entire supply chain from our up-country sites through to our port terminal means we efficiently accumulate grain for shipping and can adjust operations to meet our customers’ changing needs.”