WHILE Pakistan was Australia’s biggest buyer of chickpeas in the second half of last year, it is Bangladesh which is prevailing as the world’s sole bulk customer as the 2019 market takes shape.

This is in the continued absence of India, traditionally Australia’s biggest pulse customer, which is still busy chewing through its large domestic pulse stocks, and is not expected to lift pulse import bans prior to its general election due to take place by May.

Graintrend director Sanjiv Dubey said prices for old-crop and current-crop chickpea have continued to trade at lacklustre levels, with Pakistan and Nepal buying in limited volume on the discounted 2017 crop.

“All in all, there is weakness all over the market.

“A lot of exporters, including myself, thought this small crop Australia produced would create some sort of buoyancy, but here we are in mid-February and it has not happened.”

Last week, Graintrend, along with some other exporters, finished loading 18,500 tonnes of chickpeas bound for Bangladesh as the first current-crop shipment out of Central Queensland for the marketing year to date. 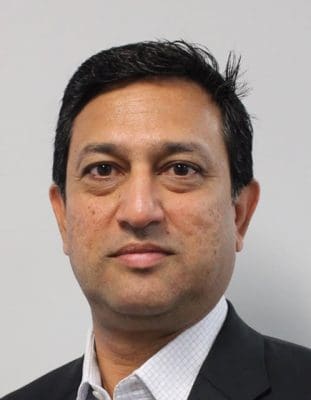 The cargo, which sailed from Mackay, was accumulated during the CQ harvest, and is believed to be Australia’s first bulk shipment of chickpeas harvested in 2018.

Values have drifted lower in recent weeks, despite Bangladeshi support of the current-crop market.

Pakistan is nearing its March-April chickpea harvest, and trade estimates put its production at around 600,000t, compared with consumption at 800,000t.

Last year, its crop was much smaller at around 200,000t, and Mr Dubey said volume buying of chickpeas by Pakistan cannot be counted on this year.

“They may or may not be in the market, because they can substitute their shortfall with yellow peas and lentils, which are very cheap, and are available from Canada, the Black Sea and Tanzania.

“Lentils have been under pressure, because of the large supply from Canada.”

However, some exports are taking place, with the vessel which sailed on 12 February from Mackay now on its way to South Australia to fill some of its hatches with lentils, also bound for Bangladesh.

“There’s more confidence around new-crop sales, because the market believes India will have to buy in chickpeas at some time this year.

“It’s not as good a growing season in India this year as it was last, and dry in Australia is expected to put pressure on production.”

Mr Dubey said some buying interest was being seen in new-crop chickpeas for Oct-Nov 2019 delivery, but growers would not sell forward while their production outlook was in dire need of rain.

“The intention is definitely there to plant chickpeas in Australia, but it’s still very very dry in New South Wales, and growers can do nothing but wait for rain before they can think about planting.