What does a Modi win in India mean for Australian pulses?

THE people have voted, and the result is a resounding win for the incumbent Indian Prime Minister, Narendra Modi and his ‎Bharatiya Janata Party. 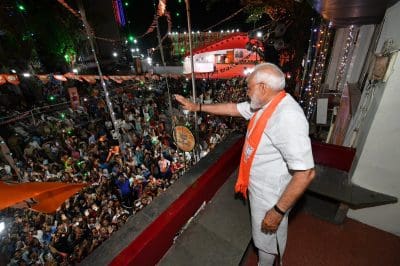 In the largest democratic exercise in the history of the planet, and spanning five weeks, around 900 million people have chosen from more than 8000 candidates for 545 seats in the Lok Sabha or the Lower House of the Indian Parliament.

The significance of this process should not be lost on Australia, which has historically relied heavily on India as both the major destination and price-discovery point for Australian pulses.

But what does a win, and a strong majority, for Prime Minister Modi mean for Australian pulses?

Probably more of the same, but with less urgency.

The next election is now five years away, so the urgency in addressing what the opposition Congress Party termed “agrarian distress” has eased. The issue of farmers receiving what they consider as “low remunerative prices” has not gone away, however, and combined with the very real growing farming-household debt, will continue to ensure the government will maintain a very close eye on agricultural pricing and import policies.

The issue facing the new government is that of food inflation, with the April wholesale price inflation rate hitting a 33-month high.

Pulses, as a major staple, are part of the driving force with food inflation. The current pigeon-pea (tur) harvest is reported to be close to 20 per cent down on expectations, and pigeon-pea prices have been lifting for the past month. Price inflation in pulses is something the government cannot afford to let happen, and the expectation is that if prices continue to rise, tariffs on lentils may come back to relieve the price pressure. 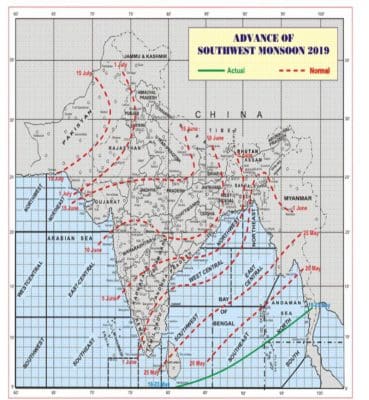 Of course, the greatest determinant on Australian pulse trade with India, however, is out of the hands of politicians and, and in the hands of the annual monsoon. It runs from June to September, and early indications are that the coming monsoon will be below normal. It is already running two to three weeks late. This expectation could also be fuelling pulse-price inflation, placing further pressure on the government to ease import restrictions.

Globally, what historically may have been seen as one-off and isolated trade disruptions in the pulse world are now more frequent and more widespread, and becoming the new normal.

We have China creating issues around Australian barley and Canadian canola and pork; India, as we know, is pretty much out of the market with trade-killing tariffs, quotas and bans; Iran’s decision 12 months ago to withdraw from the nuclear treaty, triggering the US to reimpose sanctions, is just adding to uncertainty and risk.

The ongoing US-China trade spat continues to threaten Chinese discretionary liquidity. Increased or the threat of new tariffs on Chinese exports will have the potential to curtail imports of key goods and services, thus harming Aussie exports, and would also see the Australian dollar weaker, only exacerbated by the anticipated Reserve Bank of Australia rate drop. Equally, the Easter Sunday bombings in Sri Lanka may bring ongoing political tensions in that country, leading to a lack of market confidence.

Looking specifically at commodity implications, with global wheat prices still affected by sound competition from the Black Sea region, it is not likely that we will see a major loss of pulse area to cereals around the world. Therefore, we will continue to see strong competition from traditional and non-traditional exporters on a range of pulses including chickpeas, lentils, peas and faba beans.

Faba beans over the past nine months have been a bright spot, largely due to what seemed to be a coordinated collapse in production, as a result of hot and dry conditions in key producing regions. Demand will remain stable into 2020 as supply attempts to rebalance.  However, we would expect the Baltic States, the United Kingdom and Canada to roar back into being major export competition for Australia from October this year.

Canadian farmers are no different to any other farmer around the world in accepting that whilst they don’t like the prices, lentils and yellow peas have at least been moving into India (for lentils) and both India and China for yellow peas. The 30pc duty on lentils into India is still seeing competitively priced Canadian product move into the market; Australian prices have been too high to do the same in any volume.

High faba bean prices have encouraged greater expected Canadian faba bean area, and faba beans would represent probably all the increase in the bean area. Not surprisingly, the kabuli area has been poleaxed because of an oversupply situation. The massive area jump from 2017 to 2018 (68,800ha or 170,000 acres to around 182,115ha or 450,000 acres) simply created too many kabuli chickpeas in Canada and everywhere else.