THE Federal Department of Agriculture has released a biosecurity web series, ‘Country–Handle with Care’, that calls on locals and visitors to do their part to protect Australia from the biosecurity risk of pests and diseases. 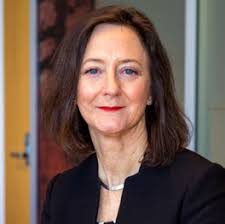 “Biosecurity is everyone’s business and now, more than ever, we must all learn to recognise the key threats as they occur and take action to stop them in their tracks,” Ms O’Connell said.

“’Country–Handle with Care’ shows that we all have a role to play.

“The seven-part series features biosecurity officers, scientists, and our indigenous rangers who work on the frontline to help safeguard Australia’s environment, plant, animal and human health against pest and disease risks.

Ms  O’Connell said the series tackled a wide range of pest and disease risks, including Asian honey bees, Queensland fruit fly and Asian green mussel, which all posed a significant risk for Australia.

“More importantly it highlights what visitors and locals can do to be better biosecurity aware, such as keeping an eye out and reporting potential biosecurity risks,” she said.

“I encourage everyone to get involved and view the web series so we can all do our part to keep Australia healthy and clean.”

Meanwhile, the New South Wales Department of Primary Industries has appointed Bill Gordon as the grains biosecurity officer for NSW.

Before joining the program, Mr Gordon worked in crop protection and pesticide application and has delivered projects for the Grains Research and Development Corporation, including workshops for more than 10,000 grain growers across the country.

The ‘Country–Handle with Care’ series and more information on how you can be a biosecurity champion is available on the department’s website at agriculture.gov.au/biosecurity/australia/northern-biosecurity/costa-and-dirtgirl.