UNCERTAINTY about the direction of domestic and global markets has kept volume trading in the feedgrain market to a minimum this week.

On the export front, the grain market is finding the impact of COVID-19 on demand from China and other countries hard to quantify. 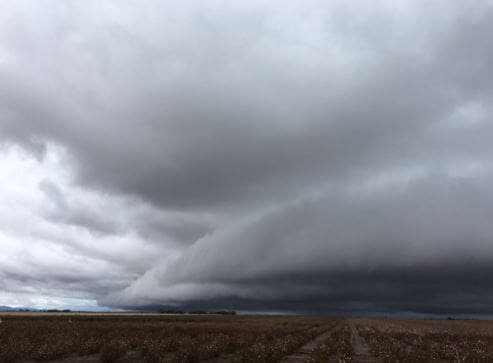 In the domestic market, desperately needed rain has fallen this week in many parts of New South Wales and Queensland, which is brightening prospects for a widespread winter-crop planting and softening nominal new-crop prices.

On the demand side of the domestic equation, reduced intake of cattle to feedlots is already being seen now that many grazing areas are able to support herds.

While this will not affect cattle numbers in vertically integrated operations, sources say it has already reduced the numbers of cattle being custom fed.

At Narrabri, AgVantage principal Steve Dalton said rain in most parts of northern NSW had quashed grazier demand for grain that had been a hallmark of the drought.

“Demand has gone quiet with the rain,” Mr Dalton said.

“There are still cattle on feed, but that B-double load of grain here and there to graziers on the slopes and tablelands has dried up.”

“Most places have had 50 millimetres and some have had considerably more.

“It’s the biggest fall a lot of people have seen for ages.”

Rain is continuing into today in some parts of NSW. Registrations in the week to 9am include 40mm at Ardlethan, 79mm at Condobolin, 55mm at Hillston, 52mm at Stockinbingal and 42mm at Temora.

“We have an export surplus of barley no doubt now that we’ve had some rain,” Mr Carsburg said.

Wheat’s premium over barley in the prompt market appears to have widened by $5-$10/t in the past week, with wheat for April-May delivery to Darling Downs end users at around $445-$450/t.

New-crop wheat delivered Downs for December-January is trading in minimal volume at around $320/t to reflect increasing confidence in new-crop planting prospects for northern NSW.

“Wheat is staying where it is, but barley keeps falling,” one trader said.

“Wheat is getting exported, but barley has to find an export home, so it will keep falling until it buys some demand.”

The free-on-board price for Western Australian APW1 wheat for April shipment is currently sitting at around $390/t, with barley at $306/t.

They both appear to be too expensive to price into the Brisbane free-on-truck market at present.

The Central Queensland June-July track market for sorghum is trading in thin volume at around $350/t.

The ASX grain futures contracts traded again cheaper this past week. Barley settled around 4 per cent (pc) lower than a week ago and wheat 2 pc.

The barley contract traded 1250 lots, none of which were new crop.

Some cotton growing areas have received rain and river flows, but the outlook for most has a long way to go.

“However, most of the dams in NSW still need more rain to get a fill.

Prices for current crop 2020 delivery cottonseed are nominally lower this week by $15-20/t, but the market is illiquid according to Mr Steele Park.

New crop trade is also quiet, though indicative values are inverse, up to $200/t, between current crop and 2021 season.

Picking the 2020 crop, which typically gains momentum in March, has been slowed by damp conditions delaying effective defoliation.