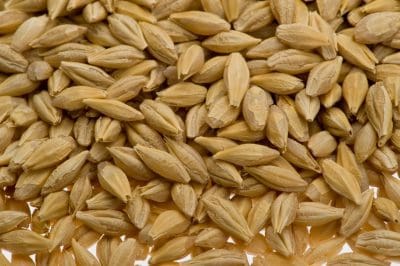 Wheat and barley prices for delivery to the Darling Downs over June and July were up another $20-25/t, wheat $425-430/t tracking now about $10/t over barley.

Cottonseed turned north this week particularly from Murrumbidgee Irrigation Area (MIA) gins, as in a possible rerun of last year’s gin market they suddenly saw a surge in the value of their inventory caused by emerging fodder desperation in the north.

Woodside Commodities manager Hamish Steele-Park said the volume trading was small, but prices were up this week.

“Firmer grain values and the dry weather outlook has added $10-15/t to cottonseed over the past week,” he said.

Season 2020 bid Moree cottonseed this week was $400/t ex gin but not offered at this stage.

“Water for next year is a real issue with crop likely to be significantly down, unless heavy winter/spring rain puts water in dams.”

Next year’s cotton crop could be half this year.

Tamworth-based Norco trader Simon McDougall said the cold snap this week was a taste of tough conditions emerging over winter for those feeding livestock in New South Wales.

“The drought rolls on for graziers and, particularly in the New England, they have some of the greatest challenges ahead of them in their lifetimes.

“While the Liverpool Plains probably at the moment is a glass half full, it will want a lot of luck through the course of winter and spring.

“Even though the two districts are not geographically far apart, we’ve got quite different climatic situations.

“There’s a chance of some forage and a crop on the plains, but the New England is in a world of hurt.”