LITTLE volume has traded in the feedgrain market in the past week, with around 15 to 50 millimetres of rain across much of southern Queensland and north-eastern New South Wales sparking pasture growth and securing prospects for sorghum planting in many areas. 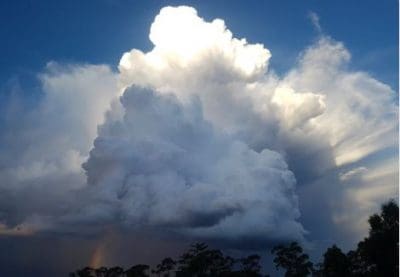 Many western parts of the Darling Downs have now had around 130mm of rain in recent weeks, and are waiting for the ground to dry out enough to start planting sorghum.

Between 30pc and 50pc, depending on location, of the paddocks intended to be planted were sown by early this week in southern Queensland.

“There’s plenty of seed still in the shed, though, that can get planted once the moisture joins up the top and lower parts of the profile.  The rain last weekend should have joined some more of that profile,” one Downs-based trader said.

Farmer have not planted all their country on marginal moisture because they would wait to see if more rain comes to fill the profile.

The next planting window for late-planted corn and for sorghum would be December/January.

Traders said continuity of supply and consistency of quality were important factors in feed manufacturer’s decision-making.  Sorghum in 2019 was approaching the point where it would be an attractive input in the feed ration in southern Queensland

On the Liverpool Plains, Agracom trader Gordon McNeil said the market was trading at around $455-$460 per tonne for SFW for January delivery plus carry.

“There are boats coming around into Newcastle, which is putting the free-on-truck market at the port at around $435/t for Nov-Dec,” Mr McNeil said.

Much of the Liverpool Plains has had 25-75mm in recent weeks, enough to encourage some planting of sorghum into profiles which are mostly half full at best, and a limited supply of seed for preferred varieties has also slowed early planting.

Grain into Newcastle is coming from Western Australia, and traders appear to be booking coverage when its export parity price dips on dollar or futures movements.

A Dubbo-based trader said rain has been patchy in the central west, but has been enough to spark pasture growth in most areas.

“Areas towards Coonamble and to the south of Dubbo have missed out, and some people have had 25mm at one end of their farm and 2mm at the other.

“Some wheat crops have responded really well to the rain, and the heads are filling three and four wide in the head, but some won’t come to anything and are being sprayed out because they didn’t germinate until last month.”

The trader said some mixed farmers and graziers were still buying feedgrain, mostly from the south, and some old-crop was being released in the district now that pasture growth had started.

“Drought feeding has slowed up because of the pasture, and because some people have destocked significantly.”

SFW for January delivery to end-users in central NSW has continued to trade in limited volume at around $450-460/t.

“Drought feeding has eased off, and most farmers who are feeding are using a small amount of hay and/or grain to keep up the nutritional requirements to their animals because there’s not that much pasture growing yet.”

Wheat has continued to trade at around $450/t delivered farm, and barley has traded at up to $480/t on to the plains.

“Most of it’s coming from Victoria.”

Ms Bowman said canola was “a mixed bag”, with some crops being cut for hay, and others looking to achieve reasonable yields at harvest, but cereal crops were mostly looking like they would be harvested rather than baled.

Cottonseed markets saw a slightly weaker tone across the board according to Forbes-based broker Woodside Commodities principal, Hamish Steele-Park, who said trade for nearby delivery had slowed.

“The market trend is still down on the current crop cottonseed market.”

“The recent rain we’ve had this past month, particularly up north, has taken out most of the drought market.”

Supply of cottonseed appears adequate for the moment, with stock available in cotton sheds. One of the gins in southern NSW is still operating.

However, new-season cottonseed supply from March/April 2019 looks set to be approximately half the 2018 supply, amid uncertainty of dryland cotton planting outlook and irrigated cotton producers facing a high-priced market for irrigation water.

“On the one hand, the seller would argue high grain prices aren’t going down any time soon, and the other would argue there’s virtually no domestic crush and that prices are above export parity.

“There’s no strong motivation for either to trade at the moment.