THE discovery of genes that determine the yield of flour from wheat could increase milling yield, boosting food security and producing a healthier flour. 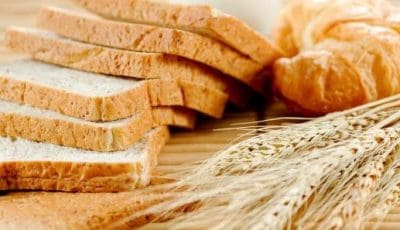 University of Queensland (UQ) researchers believe the discovery could increase the amount of flour produced from wheat by as much as 10 per cent.
Wheat – the leading temperate climate crop – provides 20 per cent of the total calories and proteins consumed worldwide.
Wheat grain is milled, or crushed, to make flour for bread and other food products.
UQ Queensland Alliance for Agriculture and Food Innovation director Professor Robert Henry said his research team had pinpointed the genes that controlled a cell protein which acted like a glue, holding the wheat grain’s endosperm, wheat germ and bran layers together. 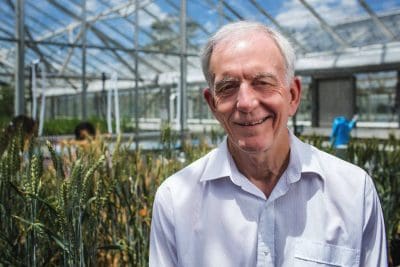 “Wheats that produce less of this glue-like protein come apart more easily in the milling process,” he said.
“This increases the efficiency of processing and improves the nutritional profile of the flour as more of the outer parts of the endosperm – rich in vitamins and minerals – are incorporated into the flour.
“This applies not only to white flour but also to wholemeal flour.
“Potentially we can take high-yielding field wheats that have not traditionally been considered suitable for milling, and turn them into milling wheats.
“This will improve on-farm production and reduce post-harvest wastage and the amount of resources used to grow the wheat.
“And, by getting a few per cent more flour from the 700 million tonnes of wheat produced globally each year, we will be producing significantly more food from the same amount of wheat.”

Australian wheat traditionally attracts a high price in the market as it has a reputation of giving high flour yields.
“We haven’t been able to genetically select for this trait at early stages of breeding before,” Professor Henry said.
“The effect of this cell adhesion protein explains the difference between wheats that give us 70 per cent flour when we mill it, to 80 per cent, which is quite a big difference.”
Professor Henry said this knowledge could be employed immediately in wheat breeding programs.
“It means that we can produce premium wheats more efficiently and push the yields of quality premium wheats up.”
The team is now looking at DNA testing to breed wheats based on this new molecular discovery. Their findings are published in Scientific Reports.
Source: UQ