Dry harvest outcomes in EU and CIS led to the first fall in the size of the global wheat crop in six years, with the International Grains Council (IGC) overnight taking another 5Mt out of its monthly production estimate to bring its projection for the 2018-19 world wheat crop to 716MT.

While the previous year record crop, 2017/18, production of 758Mt had resulted in a large rise in stock, this current year will see much of that stock hike reversed.

Corn was seen with higher production, trade and consumption, its cheaper price and ready availability filling much of the void created by shortfalls in feed consumer markets previously supplied with barley and wheat.  World corn stock was seen declining 16pc to 249Mt end 2018/19, having increased in all but one of the 7 years prior.

Shipments to China of field peas from Canada rose over previous-year quantities in the first half of 2018, dramatically increasing during the months of March, April, May and June. IGC foreshadowed that China’s imports of all pulses would increase to 1.6Mt in 2018/19, an increase of 3pc from 2017/18. 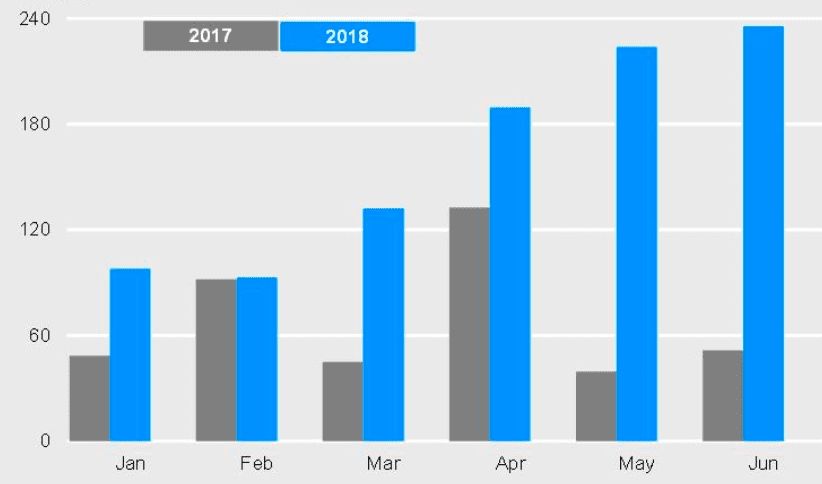