A RETURN to average seasonal conditions this year will see Australia’s grain sector facing a challenge of a different kind – exposure to the fall-out of ongoing US-China trade tensions.

In its recently-released report Australian Grains – Trade War Tremors Descend on Dry Down Under, Rabobank says an increasingly “tight local grain balance sheet” since 2017 – due to severe drought conditions in the country’s east which had seen well-below-average national grain production and elevated domestic feed grain demand – had limited Australia’s export capacity and supported local grain prices at decade highs in most regions.

This had so far subdued the effects of the US-China trade war on Australian grain prices.

But all that would change with good autumn rains, the report says. 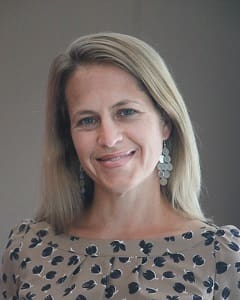 Trade negotiations continue between China and the US, with no conclusion yet in sight.

Dr Kalisch Gordon said the eventual outcome, however, could be either beneficial or detrimental for Australian grain exports, depending on which path negotiations take over the coming months.

“If, how, and when a trade deal between the US and China will now be agreed on, is far from certain, however, the impacts are expected to be drastic and enduring for global grain and oilseed markets and can be both bullish or bearish for global pricing,” she said.

“This is due to the untenable dynamic of US reliance on Chinese demand for its grains and oilseeds, and China’s desire to diversify the origination of its critical goods while still meeting its rising future import needs.

“The dominance of these economies globally and the sheer volumes of trade in questions means that whatever the outcome, there is now no prospect for business as usual on global grain and oilseed markets.”

The report identifies three alternative trade war scenarios which may plausibly play out, and how Australian grain pricing and exports stand to be impacted over the next two years.

“The first scenario is that there is no deal and US-China tensions continue to escalate and broaden to include other countries such as Australia,” Dr Kalisch Gordon said.

“The second is that the United States and China reach a ‘mega deal’ trade agreement before the end of this financial year, committing China to substantially increasing its importation of US goods.

“The third scenario is that US and China trade tensions remain high but that China turns to Australia, along with other supply counties, to help replace US grains,”

While the volume and value of Australian grain exports in 2019/20 will almost certainly be up year on year, Dr Kalisch Gordon said the extent of the increase greatly depended on which of these trade war scenarios played out.

“If either of the first two scenarios eventuate, we could potentially see the value of grain and oilseed exports from Australia to China fall by as much as 18 per cent below the five-year average for 2013/14 – 2017/18,” she said.

“In contrast, however we could gain by as much as five per cent in the scenario that China turns to Australia and others at the expense of the US.”

Under all circumstances though, the bank expects Australian domestic wheat prices to fall in the coming year compared with 2018/19 highs as domestic supplies improve, but to be firm to higher over the next two years relative to average prices.

In contrast, Australian barley and sorghum prices will be highly impacted by the way in which the trade war plays out, and only push above five-year average pricing if the focus of the tensions remains between the US and China.

The report highlights the need for growers to continue monitoring the progress of negotiations closely and to look at ways to manage exposure to potential price falls, particularly in barley and sorghum, where China is by far the largest importer.

“This reconfirms the importance of crop choices and risk management strategies for Australian grain farmers and supply chain participants,” it says.

Dr Kalisch Gordon said whatever the outcome of the trade war negotiations, there would be fundamental alternations to established grain trade relationships and volatility in global pricing as the announcements were made and changes occurred.

“For a smaller grain-exporting nation like Australia, this means that diversification of market destinations, lower reliance on easily substituted gains & oilseed and strategies for operating in a lower-margin environment will become even more important,” she said.