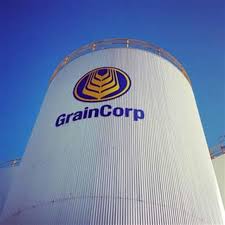 In its first fortnightly update for the 2020-21 season, eastern Australia’s biggest bulk handler said good-quality grain was being delivered in southern Queensland along the Goondiwindi line out to Thallon and across the Darling and Western Downs.

This is ahead of rain forecast for coming days and into the weekend.

GrainCorp has reported harvest activity as ramping up in northern NSW as growers push hard to deliver before rain sets in.

Some barley and canola has been delivered into Wyalong to kick off deliveries in the southern half of NSW.