THE INDIAN Government’s introduction of a 50 per cent tariff on peas has created waves of uncertainty for major exporters, including Australia which supplies this key global pulse market. 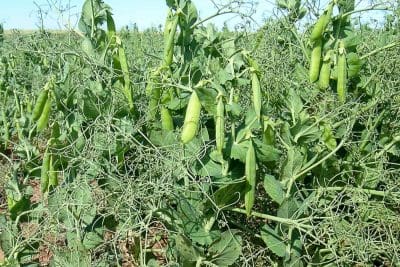 The tariff, which applies to pisum sativum (field peas), was zero prior to the announcement by the Indian Ministry of Finance last week, and effectively blocks Australia’s important pea trade with India until further notice.

Adelaide-based broker, Tim Teague, said India imported 60pc of the field peas Australia shipped in the past year, followed by Bangladesh and China which took around 10pc each.

India’s policy announcement on peas has affected the prices any buyer would be willing to pay to all destinations.

In a statement in relation to the tariff, Australia’s Grains Industry and Market Access Forum (GIMAF) said the Australian Government would continue to make representations to India on the application of trade-restrictive import conditions.

GIMAF has criticised the tariff, saying any trade restrictive measures were disruptive, caused inefficiencies, and increased costs to consumers.

It said trade representatives were negotiating at inter-government level to change the restriction.

Highest stakes though go to exporters from major producer Canada, for whom new-season’s peas shipments started lacklustre in August and demand has dragged since.

GIMAF reported that along with Pulse Australia negotiations, Pulse Canada and the United States Department of Agriculture have asked their governments to push for a 90-day delay in the implementation of the tariff to allow shipments now in process to arrive before the tariff goes into effect.

Canada exported almost four million tonnes of peas in 2016/17, compared with an Australian export surplus of less than 300,000t.

Black Sea producers Russia and Ukraine grew record pea crops in 2017 and rapidly emerged as an export competitor along with long-time producer, France.

Wheat and other commodities affected

Announcements over several months have changed India’s trade terms for import/export of several commodities including the tariff hike on wheat imports last week lifting from 10pc to 20pc.

Most of this will come from crops in southern New South Wales, Victoria, South Australia and Western Australia, where harvest is yet to gather pace.