While Indonesia is well known for its flour milling capability, it is also a significant consumer of feed grains.

The country’s feed milling capacity exceeds the entire average Australian wheat crop, and a feed grain deficit across South East Asian livestock markets is expected to increase by 10 million tonnes into the next decade. 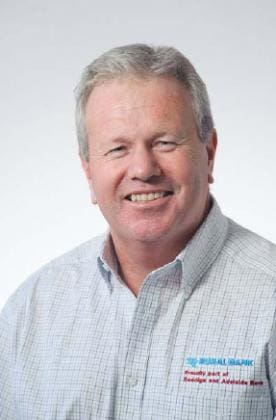 Rural Bank said the opportunity and challenge for Australian grain growers was to demonstrate how Australian feed grains can underpin its most affordable source of animal protein – poultry.

Poultry products including eggs account for 64 per cent of Indonesia’s animal protein consumption, and 95pc of the local stock feed requirement.

Rural Bank general manager of sales and distribution, Simon Dundon, said feed barley was effective in a ruminant diet, however to unlock the market, Australia must educate Indonesian buyers on the benefits of Australian feed barley.

“Australia is the only country with approved access to the Indonesian feed grain market. It’s a market facing increasing supply deficits because of its growing 260 million population, and demands for Indonesian commodities across South East Asia.

“If we can build on Australia’s preferential access as a feed grain supplier to Indonesia – and connect into South East Asia with a middle class expected to exceed that of the rest of the world combined – we not only build substantial markets, but counter an over-reliance on trade into China.

“Over the past 15 years, China’s share of Australian barley exports has increased from 25 to 75 per cent. As China continues anti-dumping investigations into Australian barley imports, finding alternative markets for Australian feed barley has become increasingly important. Indonesia presents one such alternative.”

Indonesia is also a significant wheat consumer and a major and growing supplier of flour to South East Asia, with 11.8 million tonnes of flour milling capacity in 2017 across 28 mills.

Australia is a major supplier of wheat in this flour milling sector, with $1.4 billion worth of exports in 2017/18. This market is being challenged by the increasing volumes and quality of wheat available from competitors from the Black Sea.

“We simply don’t have the scale to be a sole supplier of grain to Indonesia,” Mr Dundon said.

“Acknowledging this, we must look at ways we can increase market share by creating value rather than eroding it.

“Australia’s geographical location and traditional reputation for high quality wheats, combined with the recently signed IA-CEPA and renewed focus on feed grains such as barley, provides an excellent platform to not only cement our position in the market, but to grow this into the future.”