Indonesia should be a key priority for Australian wheat: AEGIC

THE WHEAT requirement of Australia’s biggest customer, Indonesia, is growing fast and Australia should make it a key priority to meet customers’ needs now and in the future, according to an Australian Export Grains Innovation Centre (AEGIC) report published today. 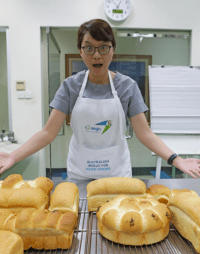 The report is the first in a series planned to analyse important market demand for Australia’s grain in coming years.

The Indonesian wheat market: its strategic importance to Australia outlines Indonesia’s economic and demographic trends and reveals the dramatic growth Indonesia will experience towards 2030.

Indonesia is projected to be the world’s fifth largest economy by 2030, according to AEGIC chief economist Prof Ross Kingwell.

“In little over 10 years, Indonesia will have more than 30 million more mouths to feed – more than the entire population of Australia.”

Australia’s biggest wheat customer by far, Indonesia takes in 4.2 million tonnes (Mt) of Australian wheat worth $1.2 billion each year on average – nearly one quarter of all Australian wheat exports.

“For both countries’ mutual economic, societal and security benefit, it is important that Australia positions itself to be an affordable, reliable supplier of wheat that has qualities desired by Indonesian consumers, now and in years to come.”

“It is important for the Australian wheat industry to understand Indonesia’s wheat market trends, our competitor challenges and potential disruptive risks.”

“Indonesia is currently Australia’s main wheat customer, and there are several reasons why a better understanding of Indonesia’s future wheat demand and its competing suppliers is needed.”

“Indonesians will become increasingly wealthy and urban, and their diets will change to include more wheat products and less rice.

Prof Kingwell said for all of these reasons, the question for Australia should be: how should Australia position its wheat offering to Indonesia to serve Indonesian needs while delivering value for Australian grain producers?