WELL, I’ve just spent a week in Vancouver at the Global Pulse Conference. Vancouver is a beautiful and friendly city to visit and the conference had more than 1100 participants from over 70 countries representing growers, exporters, importers and processors. 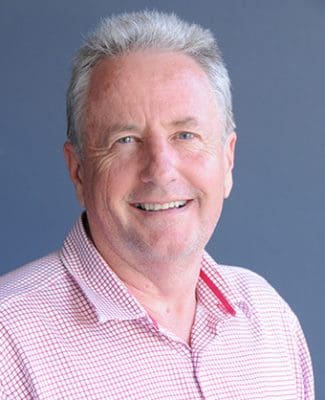 I will get to the ‘where does everyone think the price is going’ shortly, but before I do I think it’s worth sharing some interesting longer-term issues from the conference.

Demand for pulses is growing globally at an incredible pace. I will save you from the reams of data, but it’s not just demand from the traditional markets in the sub-continent, although they are still by far the most significant. We are also seeing growth throughout the Western world and deep into Asia and not just for a variety of new and wonderful foods, but also for animal feed and industrial uses. Pulses are being marketed as clean, green and healthy food with many new delicious recipes, thus ticking all the boxes for today’s tables. But you get the sense this is not a short-term trend, but a long-term change in consumer habits. No, we aren’t all becoming vegans, but even the true red meat lover is seeing the benefits of including some pulses in their diet two or three days a week.

I should caution however, that we will see spikes and valleys in this demand and thus price volatility. Desi chickpeas is a good case in point. While global demand has been steadily increasing, the major part of the spike we have seen in the past two years has come from crop failures in the world’s number one and number two producers and consumers, India and Pakistan.

On the supply side of the equation, we have generally seen growth keeping pace with demand as growers respond to price signals. But it’s not just long-term traditional producers like Australia, Canada and the USA. We are seeing many new exporters of pulses, as well as significant increases from some of the previously small players. Countries like Russia and Ukraine have substantially increased production and other EU countries are exporting for the first time. North Africa is seen as the new frontier, with significant investment in both infrastructure and farming technology.

Getting back to the consensus from the conference on price directions:

Field Peas – steady in the near term as selling pressure from the Black Sea harvest fills the market. In 2018 we expect supplies to tighten and higher global grain and vegetable protein prices to see some switching of feed demand to field peas. It’s worth noting on a straight cost per percentage of protein basis Canadian yellow peas are half the cost of soymeal.

Lentils – general consensus was that the importing countries were holding far too much stock and despite smaller production in the major exporting countries, it would take quite a while to ‘chew’ through these stocks. Price trend is therefore expected to be steady to slightly lower.

Faba Beans – like field peas they are an excellent ingredient for feed millers and this is expected to be supportive of values.

Desi Chickpeas – the audience seemed mixed on price direction for this product, with so much still dependant on the Indian monsoons and eventual planting of their new crop in October/November. The general view was both India and Pakistan would import less than last year, but are still expected to be significant buyers. It is probably fair to say without another failure in India’s own crop, or for that matter our own, we are likely to see values ease as we get closer to harvest.

In finishing, let me reiterate that while it is the nature of the products we are dealing with to be price volatile, the long-term outlook is still very healthy.