AS planting of the Australian wheat crop wraps up, any prospect of a significant recovery in global wheat prices in the 2017/18 season remains dampened by the high stocks-to-use (S/U) ratio, according to agribusiness banking specialist Rabobank. 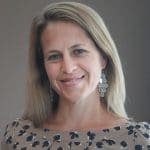 In light of this, Rabobank is forecasting Chicago Board of Trade wheat prices to increase only marginally over the coming 12 months – in the vicinity of 10 to 15 per cent – to reach US490c/bushel by mid-2018.

In its recently-released industry report, ‘Australian wheat outlook 2017/18 – the high-stocks game continues’, Rabobank says with Australian wheat stocks also at historically high levels, the greatest prospect for local prices is the likely depreciation of the Australian dollar, which should push prices into firmer territory over the next 12 months.

Report author, Rabobank senior grains analyst Cheryl Kalisch Gordon said the “world is awash with wheat” with the global S/U ratio (defined as the level of carryover stocks as a percentage of total use) now at 33pc, well above its historical average of 29pc.

“To see the global grains market return to a S/U ratio of 29 per cent – which is considered the point that delivers more attractive prices – we would need to see global production fall by 29 million tonnes this season,” she said.

“While the US have cut their wheat planted acreage to its lowest level in 100 years, it would take a significant production failure in one or more major supply regions to see the market start to recover strongly.”

Dr Kalisch Gordon said while wheat acreage around the world was fairly static, up just 1pc in the past five years, it was the yield advancements in Russia and the Ukraine, and also parts of the EU that was driving the increase in global wheat production.

World wheat yields were now estimated to be around eight per cent higher than they were five years ago.

“Simple agronomic advancements, such as strategic herbicide and insecticide use, are delivering strong yield growth in the Black Sea region, and with the region also renowned for its rich, black top soils, there is significant upside to their production – even without any increase in planted area,” she said.

“With global wheat production increasing by around 3pc each year (in the five-year period to 2015/16), it has “well-and-truly outstripped growth in demand, with consumption only growing by an average annual rate of just under two per cent during the same period.

“Consumption growth goes hand-in-hand with economic growth and we have come through a period of lower world growth. While consumption does continue to increase with income growth and westernisation of diets, it would need to increase by a massive, and extremely unlikely 13pc, to return the global grains market to equilibrium this year.”

Where are the stocks?

The report says with “much of the stock accumulation occurring in China”, Chinese wheat stocks need to be “at least partially taken out of the equation” when looking at global market price dynamics.

“Stocks in China account for around 45pc of global wheat stocks, with China holding an estimated 100 million tonnes in storage at the start of 2016/17,” Dr Kalisch Gordon said.

“However, with China accounting for just 1.1pc of world wheat trade, their stock levels but also their consumption should be arguably discounted when assessing the prospects of a global price recovery.”

Dr Kalisch Gordon said even if China was to be removed from the equation, the global S/U was still 25pc than its 10-year average, indicating just how high stock levels are around the world.

In contrast, and more importantly for Australia, she said the Ukraine had very low stocks at just under two million tonnes.

“This is important to note, as the Ukraine accounts for 10pc of global wheat trade, and their wheat has been increasingly competitive in Australia’s all-important South-East Asian market,” she said.

“And with their stocks at such low levels, this will limit their export capacity over the coming year.”

The report says Australia is also heading into the 2017/18 season with high wheat stocks, estimated at close to eight million tonnes, the highest level for almost 20 years.

“Despite low wheat prices, the area planted to wheat is expected to be in line with last season at around 12.9 million hectares,” Dr Kalisch Gordon said.

“That said, production is anticipated to be down around the five-year average, and there is further downside with the unfavourable weather forecasts.”

In light of this, Dr Kalisch Gordon said the greatest prospect for Australian wheat prices was the expectation of a softening AUD/USD exchange rate which could ease to US$0.72 by the end of 2017.

“While the upside to Australian prices, through lower new season production, will be muted by high stocks both within Australia and also globally this season, there are some other factors that could provide support over the next 12 months,” she said.

“Namely, Ukraine will have reduced capacity to be aggressive with their export program into South-East Asia this season and there is also expected to be less high quality wheat out of the US and Canada, which could see the spread between higher protein wheat and mid to low protein wheat widen further in coming months.”