A tough start to the growing season in eastern states and falling cattle prices have seen the National Australia Bank’s (NAB) Rural Commodities Index fall by 2.7 per cent in March.

Rain in Queensland and northern New South Wales (NSW) saw it rebound to above 500c/kg later in the month and it currently sits around 480c/kg. 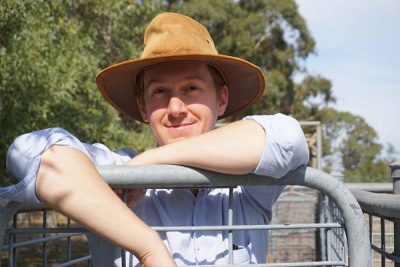 NAB Agribusiness economist, Phin Ziebell, said eastern states grain prices had also come down from their peak, with wheat dropping from the mid $400/tonne range to the mid $300/t range.

“Our grain price forecasts have east coast wheat in the high $300s over winter, although if drought continues then many producers will have no choice but to destock, which would cap grain demand,” Mr Ziebell said.

“Timing of winter planting is proving challenging, with parts of south-eastern Australia still very dry. Unless the season turns, the chances of average production levels this season are increasingly unlikely.

“The latest outlook from the Bureau of Meteorology points to a wetter than average end to autumn and early winter in the west and South Australia, but a drier than average season in Queensland and northern NSW.”

In other commodities, lamb continues its stable performance reflecting strong demand from overseas and a hot wool market is driving very strong returns for the industry.

“Private storages in the basin are also low, and allocations remain tight for the coming season which will have a bearing on cotton production again this year,” he said.