More changes to WA grain transport may be in the wind 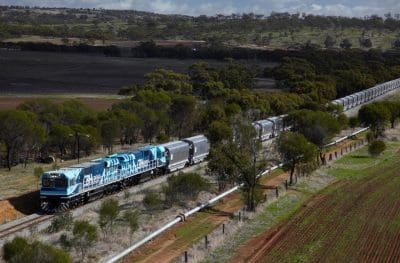 According to Quairading grower, Greg Richards, WA’s newly elected ALP government has expressed interest in looking into the recent changes which have taken effect in WA’s grainbelt, namely the closure of Tier 3 lines.

“The word is the new McGowan government is going to show more interest in servicing grain lines, but it remains to be seen,” he said.

“I think the Liberal government got stuck in the middle of a battle between CBH and Brookfield.”

WAFarmers’ grains section president, Duncan Young, could not rule out further changes to the WA rail network when negotiations between the two parties conclude in September.

“At this stage, it is unclear what changes may or may not occur regarding transport of grain on rail, due to the ongoing arbitration between Brookfield Rail and CBH Group,” Mr Young said. 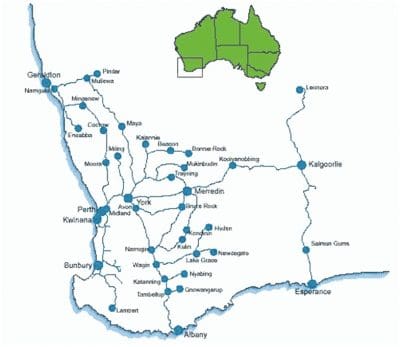 While many West Australian grain growers are looking down the barrel of a drought-affected growing season and below-average yields, CBH is still busy shifting a huge tonnage from the 2016 harvest.

“While there were some issues faced by Western Australian farmers during the 2016 harvest who would usually transport their grain to port by rail, WAFarmers considers the process to have been very smooth given the significant yield,” Mr Young said.

“CBH worked with farmers in affected areas to alleviate pressure on receival sites. With extended opening hours, the grain was able to be delivered over these extended operating hours.”

It was the big test for a rail system without Tier 3 lines – mostly spur and narrow-gauge lines – which were shut down in 2014, and Mr Young said supplementary road transport and existing rail services coped ably.

“Since this time, farmers have adapted, utilising their own trucks or the services of contractors.

“In some instances, transporting grain from paddock to port by road was most efficient. However, WAFarmers supports the use of rail when it is the most efficient and cost effective mode of grain transportation.”

Five years ago, CBH Group spent its $175 million investment in its own new rail fleet, which  consists of 22 locomotives and 574 purpose-built wagons.

Through its rail operator, Watco, CBH said its rail freight rates were now 20 per cent lower than 2011 rates in real terms.

“This is a great result and we are continually looking at ways we can continue to keep the Western Australian supply chain competitive against alternative international origins,” he said.

Mr Richards said he still delivered to CBH’s Quairading depot, which was on a Tier 3 line and is no longer serviced by rail.

CBH now road freights the grain to port, or to a rail head like York which is closer to Kwinana, where it can be loaded on to rail.

“One would think that’s a lot of double handling.”

Some growers, particularly those wishing to supply exporters other than CBH, are investing in their own trucks and on-farm storages.

“What it’s doing is encouraging farmers to buy their own truck and store their own grain on farm.”

Sources say some growers picked up a premium of $40/t by trucking grain direct to port from their own storages between March and now instead of delivering to CBH at harvest.