A LARGE factor driving the current wheat market is the situation with corn.

In Figure 1 below, we can see that the spread between corn and wheat has narrowed dramatically, to almost parity.

This is a rare occurrence, and the only extended period of corn at parity (or premium) during the past decade was 2011-2013—a time of drought in the United States. 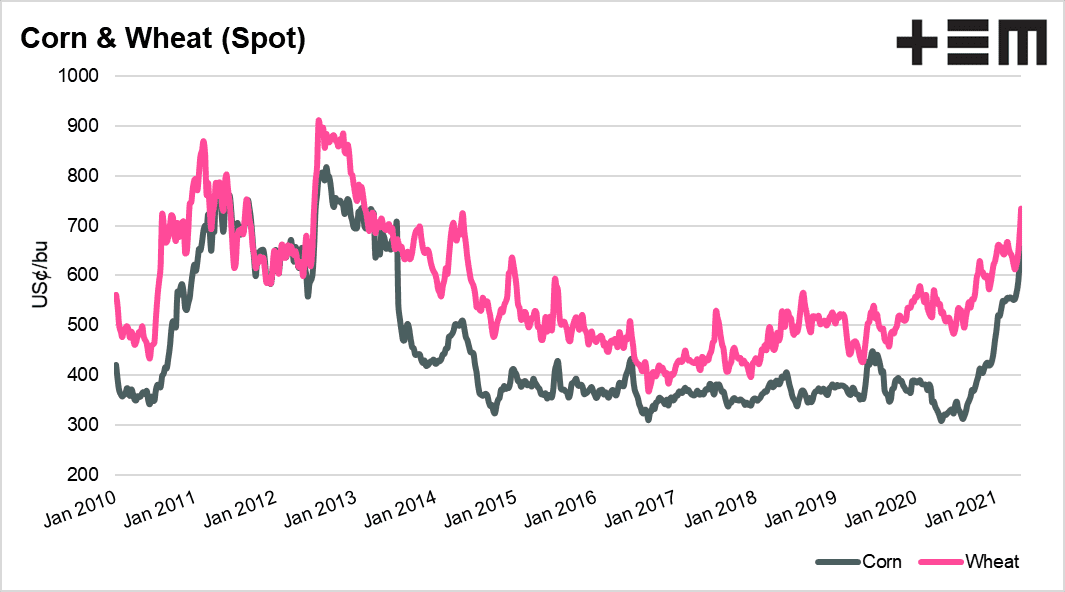 Figure 2 below shows the ratio of corn-wheat. The spread is still showing a premium for wheat, but it has been on a downward trend since the middle of last year.

As corn pricing increases relative to wheat, we tend to find demand rationing. Nutritionally corn only has around 90-95 per cent of the nutritional value of wheat.

This nutritional value is generally factored into wheat, hence the typical premium. As corn reaches parity, then feeders will start to switch into wheat. 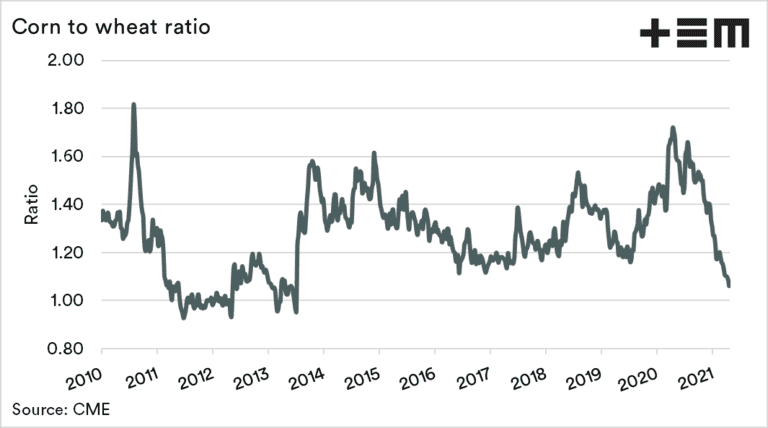 This relationship is displayed in Figure 3 below, which shows United States wheat feeding demand versus the annual corn-wheat ratio. In the US drought of 2011-2013, the wheat feed demand rose due to corn was comparatively too expensive.

If corn continues its upward price movements, it will be priced out of feed rations around the world, which will increase the demand for wheat. 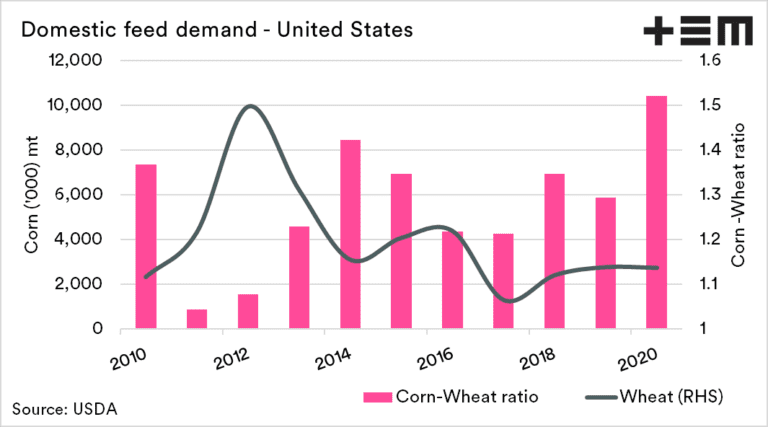