Oats in strong demand, so why are hectares falling? There is a strong demand for oats around the world, but growers are reluctant to plant the crop. Photo: Rachel Nash

THE GLOBAL oat market is seeing unprecedented growth, according to Oatinformation’s Randy Strychar, but the number of hectares growers are dedicating to the specialty commodity is shrinking.

Mr Strychar, who has been in the oat industry as a trader and commodity researcher for over 40 years, believes the reason behind this trend is “not complicated” and comes down to price.

“With growers, oats are really quite simple…the farmer will pretty much grow whatever you want as long as you pay them on a per acre basis more than another crop,” Mr Strychar told the International Oats Conference held in Western Australia last week.

Based in Canada, Mr Strychar said he has noted a concerning decline in oat hectares in the United States and Canada, spurred on by the ongoing drought conditions, which may be “irreversible”.

He said this slow decrease in oat plantings is also the case in Australia, with other crops providing higher margins to growers.

“What it comes down to is the pricing model we are using for oats is outdated.

“We keep pricing this as a feed grain. 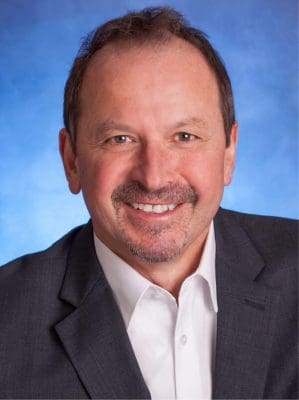 “I think you get most milling companies and most food companies to admit that’s correct; the hard part is getting that to change and until we do, we are going to have a problem.”

He said recognising that oats should have the premium of similar human consumption grains and providing price certainty to growers via direct contracting could go some way to resolving this disparity.

“[W]hen I talk to a number of our oat customers, they are disappointed that prices have been going up, but they haven’t been going up as rapidly as the other grain commodities and therefore gross margins on oats have maintained relatively small compared to the other products,” Mr Craig said.

He said this “is all about yields” and more work needs to be done to improve the outcomes for growers in order to increase production.

“I know there is some significant investment in Australia going into oat breeding, which is absolutely fantastic.

“The work that has been done in the past is terrific, but we are going to have to lift that up.”

Mr Craig said opening up new markets for Australian oats would drive consistent demand that would result in higher returns to growers.

“I think what has happened is in the past we have had limited markets.

“They are now starting the expand and our ability to have better ways to manage that price risk is there in terms of being able to export to different markets.

[W]hen it was a very small market on the export side in particular, you would run out of room and therefore once you’ve fulfilled all those markets, the price would start to decline very quickly.

“As we continue to expand…I think it provides growers more opportunities.”

Mr Strychar said the reduced hectares comes during a period of “remarkable growth” for the oat industry.

“I can’t describe it any other way, the oat market is literally booming,”

“Rising awareness of consumers of the benefits of oats, rising and record demand for food beverages and alternative uses, expanding global oat milling, processing capacity and utilization, record global oat and oat product trade on numbers that I have never seen in the 45 years I’ve been in the business.”

He said oat product trade, such as for flakes, flour and groats, is seeing “record numbers and record forecasts” from now towards 2028.

He said growth is predicted in almost every global market and for all oat products.

Most notably Asian Pacific consumer’s demand for oat cereal foods has seen growth as high as 38.5 per cent in one year.

Mr Craig said CBH has witnessed this increase in global demand for oat products, which prompted the company to entire the milling industry by buying Blue Lake Milling in 2015.

“We have had amazing growth…for the last ten years really driven by strong Asian demand.

“Oat exports are continuing to increase despite a lower production of oats…we are seeing that continue to increase, particularly to Asian but other places like central America.”

He said about 25pc of Australian oats are processed and sold in the domestic retail market with the balance exported. Mr Craig said since the China-Australia Free Trade Agreement, which came into force in December 2015, that market has lead demand for raw and processed oats.

He said this demand has continued to rise; however, questions remain over the impact of China’s COVID-19 lockdowns on trade.

Next to China, Mr Craig said Taiwan, Malaysia and India are key destinations for Australian oats.

He said CBH sees Vietnam and Thailand as the future “up and coming markets” as well as countries with aging populations, like Japan.

Mr Craig said of all the possible destinations for Australian oats beyond China, India is a key focus for expansion.

“We really want to see this market grow; it probably hasn’t shown the potential that we would like, and we think that in the future that is definitely going to be there.”

Mr Craig and Mr Strychar said the oat milk sector has created endless opportunities for the industry, especially for millers which previously could not find a market for the flour by-product used to produce the milk. “The numbers are phenomenal again on the oat milk sector right now.

“A lot of the data we are seeing out of the analyticals is still evolving, but the numbers we are seeing at least in dollar values are outstanding.”

He said globally oat milk is predicted to see growth of 7.8pc annually over the next five years.

He said recent advances from companies like Unigrain and Wide Open Agriculture shows that the demand for oat milk products is strong.

However, Mr Craig warned that the industry needed to keep innovating to ensure there were more higher-value market opportunities in the future.

“What’s the next oat product that comes out; is it the rice, is it the noodles, what is it?

“Oat milk is going to have a certain rapid rise here, but it will peak, and then we will have to find something else to ensure those markets continue to grow.”

Organised by the Grains Industry of WA, the Australian oat industry took centre stage in the event as speakers and delegates converge from countries as far afield as Sweden, Chile, China, the US, Austria and Canada.