GLOBAL supply conditions have pulled the wire tight and, combined with a patchy start to the planting of Australia’s 2017 winter crop, lifted old-crop wheat and barley prices by A$10-20/tonne over May. 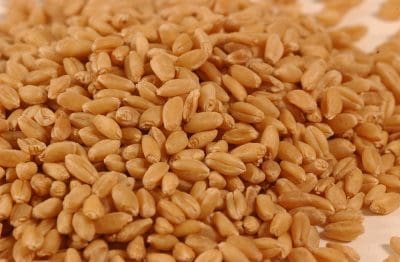 Western Australia, South Australia and the northern part of the Murray Darling Basin have areas of significant moisture deficit, while, overseas, dryness in Spain and France hurt yield in the grain-fill stage of their cereal crop.

Bids from exporters strengthened May barley prices in Victoria, SA and WA by at least A$10/t.

While offshore wheat markets had traded a weather phase for three months, and daily news offered price twitches of a few dollars up and down, the underlying global situation quietly took the burden of big stocks out of the headlines.

A trader in South Australia said old-crop wheat prices lifted A$10-20/t in some grades this past two weeks.

WA and SA said there was not much business being done while there was only a little old season grain left to sell.

They saw the firmness in values, but not a lot left to sell.

In the eastern mainland states, stockfeed buyers entered the market last week, paying a A$10/t rise to secure supply of wheat and barley for the four months in front of them, until the health of the winter crop would be known.

The compounding effect of a small NSW/Queensland sorghum crop further tightened the northern balance sheet. Traders said even if it were to rain, old crop in the north would remain fairly bullish.

No incentive to sell

Isolated parcels of new-crop canola had traded in windows of opportunity in recent months in SA and WA, but traders reported that no cereals’ forward pricing had enticed growers to commit on any scale.

Depending on port zone and local supply/demand, new-crop 2017 harvest price bids for barley and wheat appeared between A$10/t and A$20/t over equivalent June.

As one trader explained, growers had seen no incentive to sell new-crop in a market described as paying full carry.

The barley spread on similar terms in SA and Victoria was A$10/t.

WA’s situation was a little different. Barely any barley remained for sale in the WA handling system, where demand had been bolstered by strong exports to China.

However, good stock of wheat remained.

A trader told Grain Central that WA markets its wheat particularly well — the WA wheat is low moisture, and at 10-11.5 per cent protein, the costings in the WA export pathway are transparent, and cheaper than elsewhere in Australia.

The trader said large world stocks of wheat had ensured almost no volatility in new-crop pricing this past six months.

“If stocks appeared to be falling, we’d see current-crop price bidding higher so they could secure the grain now,” the trader said.

“There’s still plenty of grain around, but that can change in 12 months.”

SA farmers said the weather was dictating what they would do.

They had little confidence in the season; sheep producers were buying oats to feed sheep.

Soil moisture for planting was scarce and emergence of newly planted crops waited for rain.