One person’s loss is another’s gain 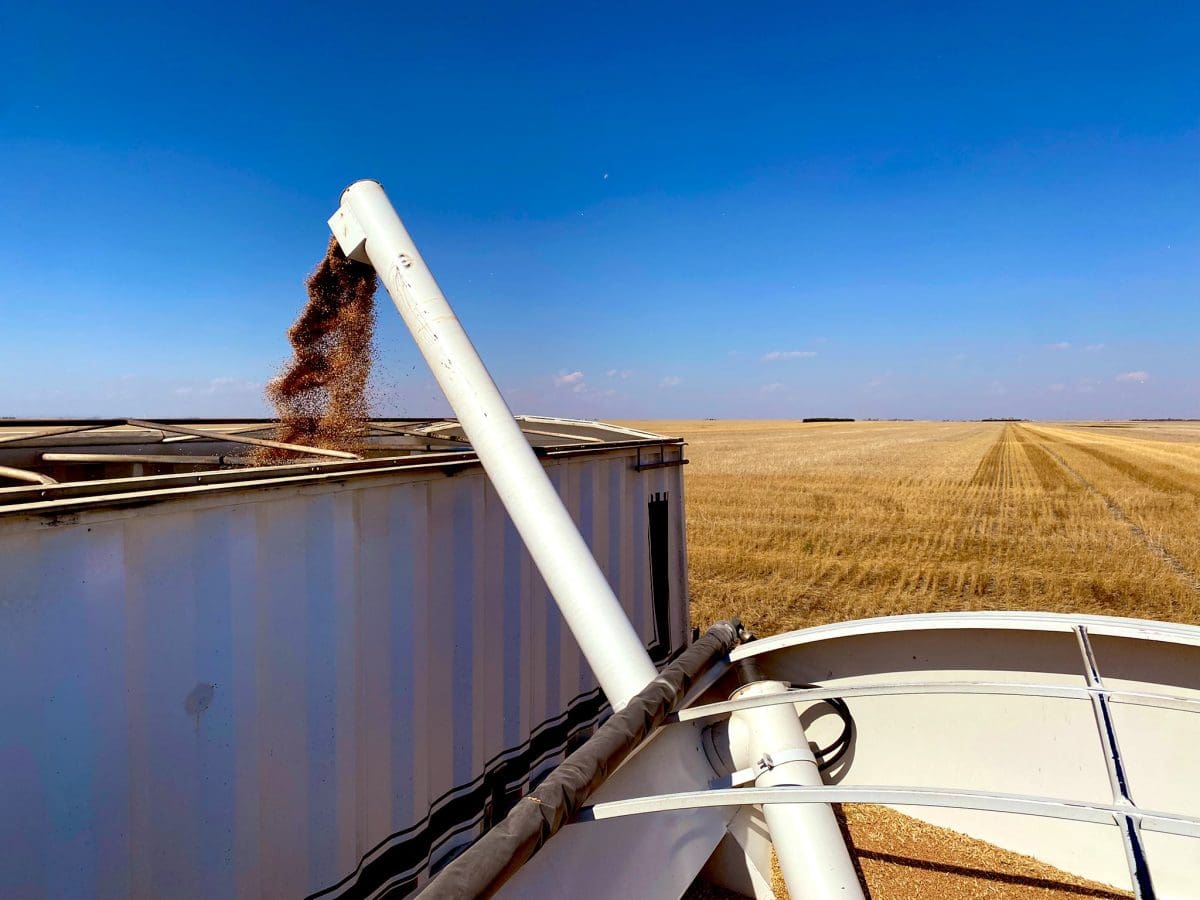 THE extent of the winter crop damage and subsequent production loss on account of the devastating drought conditions throughout much of Canada this year is borne out in the latest Outlook for Principal Field Crops, released by Agriculture and Agri-Food Canada in late September.

The outlook incorporates Statistics Canada’s yield estimates that are based on a model featuring analysis of coarse-resolution satellite data, agro-climatic data and limited field data. The wash-up is a forecast decrease of almost 30 per cent in total field crop production in 2021-22 compared to the previous season.

The decline for the Western Canadian provinces, where most of the country’s field crop output occurs, was even more dramatic, with production down 40pc year on year, and 36pc below the five-year average. Partially offsetting the woes in the country’s west was a slight increase in Eastern Canada’s production compared to 2020-21 due to much more favourable climatic conditions. As at August 31, drought encompassed 94pc of Western Canada’s agricultural land. The September 30 drought update has not been released at the time of writing.

Canadian farmers planted 31.518 million hectares (Mha) to all field crops in the current season, up slightly from 31.491Mha in the 2020-21 season. However, production plummeted from a record 99.75 million tonnes (Mt)  last year to 70.384Mt for the harvest that is just winding up. That may be a big drop, but much of the local Canadian commentary suggests that the cuts were not nearly deep enough considering the poor season. Historical data reveals this is the largest year-on-year percentage drop seen since 1961, when total production dropped 38.2pc.

Yield across all field crops dropped from an average of 3.27t/ha to 2.33t/ha. Nevertheless, the particularly interesting statistic was the proportion of abandonment which only rose from 1Mha to 1.32Mha, a surprisingly minor jump for such a disastrous production season.

The coarse resolution-based modelling adopted for the September report relies on historical averages for the harvested area, which is a shortcoming of the methodology in a season such as that experienced by Canadian farmers in 2021. It means that most of the reported production loss has been due to lower yields, leaving the production door ajar for further falls when a reality check is made of the satellite analysis before the November update.

Looking at the data at a commodity level, we find that total wheat production is estimated at 21.715Mt, down more than 38pc from Canada’s second-biggest ever harvest of 35.183Mt last year. This will be the smallest wheat crop since the 2007-08 marketing year. Accordingly, wheat export forecasts have fallen dramatically from 26.407Mt in 2020-21 to 15.6Mt in the current marketing year, according to the AACF report. This compares to the latest USDA forecast of 17Mt, but they do have higher production at 23Mt.

Canada is the world’s largest producer of durum wheat, and total production of 3.545Mt is included in the total wheat production figure. This is down 46pc on last year’s harvest. Yields have dropped a mammoth 77pc year on year from 2.86t/ha to 1.62t/ha. With tight carry-in stocks, total supply has dropped 41pc from 6.946Mt to 4.322Mt, the fifth lowest on record.

The supply tightness out of Canada has pushed European Union durum consumers to Australia, with the potential for much more business once the current crop is harvested. Canadian durum exports to the EU from July 1 to September 19 totalled just 170,100t, down from 485,000t in the first 12 weeks of 2020-21. In the same period, Australian exports of durum wheat to the EU went from zero last year to 65,000t this year.

The EU imported 2.92Mt of durum wheat last year, with Canada supplying 2.03Mt, around 35pc of total exports and almost 70pc of EU import demand. With the lower supply in Canada comes lower exports, which are expected to drop from 5.773Mt in 2020-21 to 3.1Mt in the 2021-22 marketing year. While Australian exports can’t fill the entire gap, it will be impossible for Canada to export the same quantity to the EU this season.

Consumers are not only faced with lower production out of Canada but serious quality issues as well. The average protein level in this year’s barley crop is around 14pc, creating a giant headache for brewers. High-protein malt creates challenges such as low extract levels, haze formation in beer and reduced shelf life of the packaged product.

Canada’s canola crop has not been spared. Canada is the world’s biggest producer and exporter of canola, but the drought conditions have cut expected production by 34.4pc from 19.485Mt last harvest to 12.782Mt this year. Export expectations have plummeted accordingly, down 36.2pc from 23.042Mt to 14.699Mt.

This production hiccup comes at a time when global demand is increasing with the push to reduce greenhouse gas emissions under the Paris Agreement. According to a recent Rabobank report, “government initiatives to curb emissions in the Northern Hemisphere will fundamentally change, and be the key drivers of, the global canola market”.

The increased demand and the lower production out of Canada saw new-crop Australian canola trade above the AU$1000/t mark for the first time ever last Thursday. Unheralded prices in a season where Australian production is expected to be a record is a huge bonanza for domestic growers, and not to mention the potential kick for next year’s planting intentions, which will no doubt be replicated in Canada, weather permitting.

It has definitely been a year to forget for most Canadian grain farmers. Hopefully, with harvest still ahead of us, it will be one to remember for most Australian grain farmers. We certainly wish no ill will upon our Canadian cousins, but as the saying goes: one person’s loss is another one’s gain.