One year on, what has been the impact of China’s tariff on barley? ON A dark day this time last year, as farmers were still going hell for leather seeding, China announced the result of its anti-dumping investigation. A real kick in the guts and didn’t leave much time for changing seeding plans.

In 2016 the weather gods were amenable, resulting in a record barley crop of 13.5 million tonnes (Mt).  During the previous 10 years, the country had averaged 7.7Mt.

Anyone with even a rudimentary grasp of economics will understand that you end up with lower prices if you have an abundant supply of a commodity and a relatively stable demand. 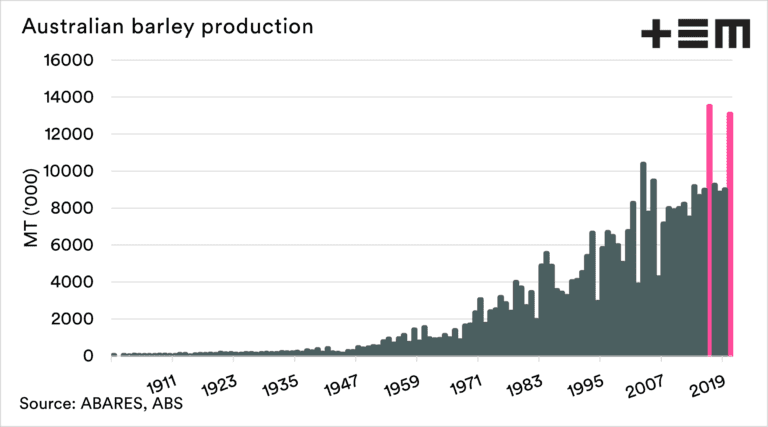 As the country exported our enormous surplus, Australia shipped large volumes to China at prices that were at decade lows.

Generally, the farmer isn’t that happy with the price but has the volume to make up for the discount, so overall, their revenue situation is still pretty healthy.

However, in late 2018 the Chinese government launched an investigation into allegations of anti-competitive dumping.

This investigation was due to be completed in late 2019; however, an extension was granted until May 2020. The result, 365 days ago was that China enforced a hefty tariff of 73.6pc as an anti-dumping duty and 6.9pc as a countervailing duty.

“A bunkum investigation resulting in a ridiculously high tariff and the effective removal of China as a trade partner for barley.”

Many market participants were concerned about potential action against Australia and were pricing this risk.  I was not surprised that the tariff action as in a previous position, we had identified the phase 1 deal as causing a risk to barley.

However, this didn’t stop the extent of the tariff explosively impacting the market.

Across the three port zones picked out in the chart below, the May average price was down by an average of 17pc, and fell a further 3pc in June. 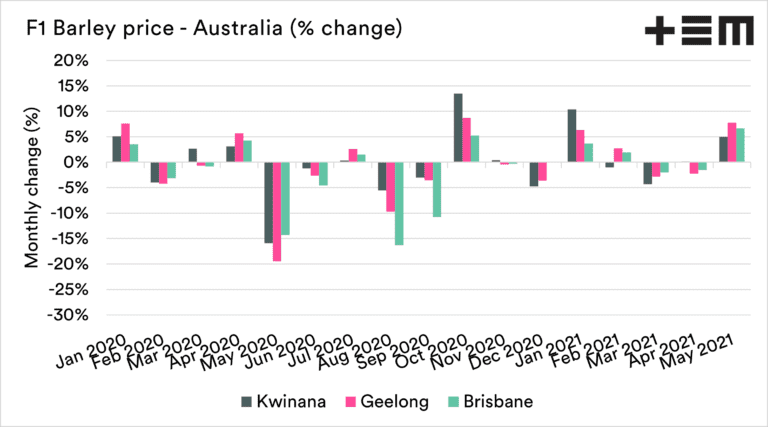 Whilst China has impacted barley pricing, there would always be a fall in pricing from the previous drought-driven levels in 2018 to 2020. The sharpness of the fall during the point of seeding was a kick in the teeth for those holding onto old crop, or looking to sell the new crop.

The reality is that barley pricing around Australia is now at the 57th percentile, on average, across the nations port zones. This is not a terrible price, considering the large production of this harvest.

In comparison, prices post 2016 harvest fell below the 20th percentile.  To see deciles for your area, access our decile tables for barley here.

The pricing has been driven by events overseas, and to an extent, we have dodged a bullet. If China had not ramped its purchases of coarse grains, then overall demand would be limited to lower levels than the present. So we can thank China for something in regards to barley. 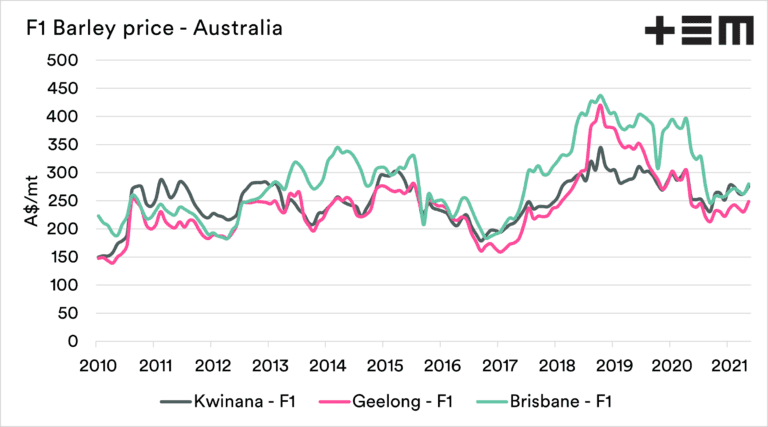 Whilst the pricing has been reasonable compared to history, there are other factors to examine. The spread between wheat and barley is important.

The chart below displays the discount to F1 from ASW. In 2020 and 2021, the spread has jumped to high levels compared to what is considered typical.

The spread being strong makes it more attractive for domestic consumers to consider switching from wheat to barley at these levels. If China were still in the picture for this season, it would be expected that this spread would be smaller. 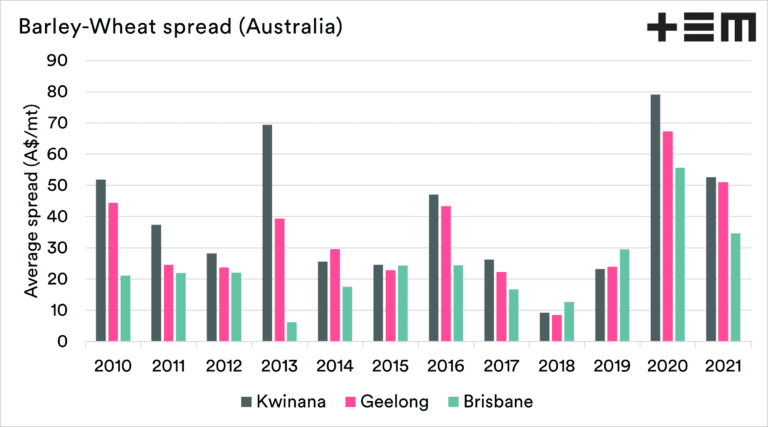 Trade flows adapt and change. It’s all down to price, and there is a market for anything at a price. Whilst we have lost China, we have gained Saudi Arabia. Since our harvest, we have won the lion share of the volume into Saudi Arabia.

In part, this is again due to China. Nations that typically win tenders to Saudi Arabia are now heading to China. This opens up a door for Australia.

There have also been other wins; we have sent a small volume to Mexico and increased trade with South East Asia.

All in all, at the end of 2021, our barley market will by necessity be more diverse than it was prior to the anti-dumping tariffs.

One year down, four to go. 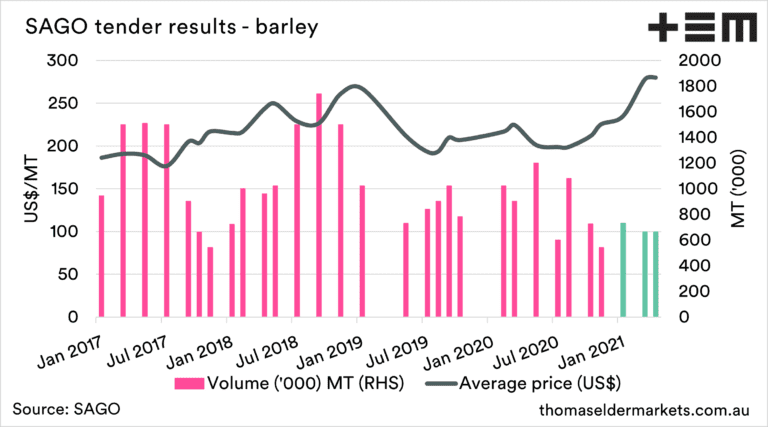