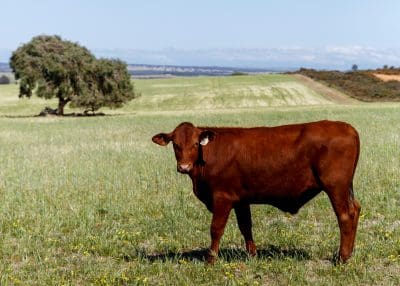 INITIATIVES from private and listed companies as well as the Western Australian Government point to an increase in value-adding for grains in WA in coming years.

“Pending the receipt of a couple more regulatory approvals, we hope to begin construction some time next month,” a company spokesperson said.

“The first development phase would accommodate 20,000 cattle at any one time, with a view to supplying 70,000 100-day grain finished cattle each year to Harvest Road’s processing facility at Harvey.”

The approval covers the feedlot’s first and second development phases, and the first alone will make it WA’s biggest feedlot by far.

“It’s anticipated the first cattle will enter the facility late in 2020.”

The feedlot will be a major step in vertical integration for Harvey Beef, part of Twiggy Forrest’s Minderoo Group.

Australia and New Zealand’s largest vertically integrated poultry producer, Ingham’s, said in its latest profit result that it was on track to deliver its Osborne Park project in Perth by 30 June, and that work on its WA hatchery was ongoing.

Ingham’s has already built a feedmill at Wanneroo in Perth’s north, and a WA Government statement in 2017 said Ingham’s expansion of its farming, milling and processing operations would create 400 permanent jobs and 1000 indirect jobs.

It is believed the company’s expansion in WA is not export focused, but is based on the company’s desire to supply the WA market with local product.

WA feedlots had 56,193 on feed in the December quarter, up from 27,470 head on September quarter, which indicates growth in the sector is already well on its way.

In October last year, WA’s Deparment of Primary Industries and Resource Development states the WA feedlot sector had the capacity to feed more than 100,000 head of cattle at any one time, and could potentially feed 400,000 cattle each year.

It said the sector’s capacity was underutilised, with only 70 per cent of this capacity used in any quarter of the year.

However, this looks set to change, with expansions said to be on the cards for some existing WA feedlots, and Kalimpa likely to kick into gear in the next year or two.

Located between Perth and Geradlton, the Kalimpa Feedlot at Warradarge got off to a false start when it was built in 2017 without the necessary approvals.

The feedlot was built to house 6000 head, and approval to expand to 12,000 head is expected to accompany the development’s start-up.

According to DPIRD, feedlotting in WA has the advantage of access to abundant sources of grain and fodder from the local grain industry, and the advantage of low freight costs due to short distances between grain sources and feedlots.

It’s more than you can say for Queensland feedlots at present, which have been using WA grain as the cornerstone of their rations since November 2017, when drought emptied the state’s wheat and barley reserves.

They are yet to recover, leaving Queensland feedlotters no choice but to add around $100 per tonne to the free-on-board coast of WA grain, which would have a maximum intrastate transport cost of roughly $20/t.

If WA feeder cattle supplies and processing capacity can keep up, and beef prices hold their ground, the terms of trade for WA feedlots are looking remarkably attractive.

Peel Business Park has been designed for agrifood and agri-processing operators, as well as ancillary light, general transport and logistic industries.

Located south of Perth and east of Mandurah, it is part of the Transform Peel initiative led by the Peel Development Commission and supported by the WA Government’s Royalties for Regions program.

Once completed, the park is expected to create around 2000 local jobs, and annually inject around $1 billion into the WA economy.

Most of the lots released to the market for sale in October 2018 are now under contract, with civil works construction of stage one anticipated for completion in April 2020.

DevelopmentWA is also receiving expressions of interest for stage two.

In September, the Enwave Consortium was appointed by DevelopmentWA to develop, own and operate a renewable energy industrial microgrid.

Said to be the first of its kind for an Australian industrial park, the microgrid is expected to provide a robust and scalable renewable energy supply.

It is designed to deliver a high content of renewable electricity at 30 per cent less than regulated bundled tariffs. 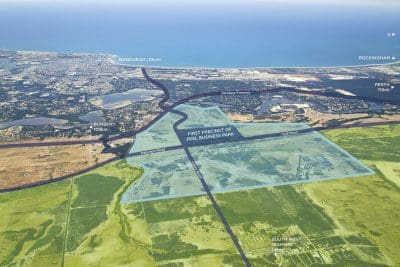 Peel Business Park includes an Agri-Food Precinct which will offer scope for those wishing to value-add horticultural and agriculture produce. Photo: DevelopmentWA