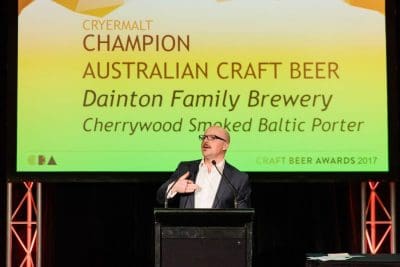 The category winners were;

The breweries winning those awards were:

Small – Wheaty Brewing Corps, which, after more than a decade of pulling beers at the Wheatsheaf Hotel — the Wheaty — in Adelaide’s city-edge Thebarton in 2014 built its own brewhouse.

Medium – Fixation Brewing Co, Byron Bay brewer started in 2015 by Stone and Wood and maker of an India Pale Ale among many of its brews. 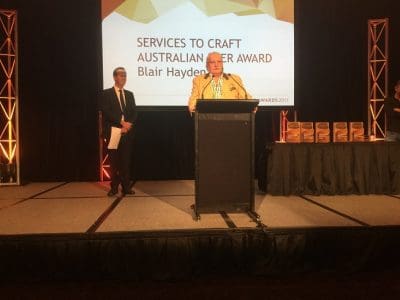 Blair Hayden : recognised for services to industry at IBA Awards in Adelaide.

Mr Hayden, from Lord  Nelson Brewery in Sydney, is a three decades figure in the specialty brewing, a trader, story-teller and long-time advocate for the business and the people of brewing.

IBA executive director Chris McNamara commenting on the industry’s 380-plus businesses said: “winners represented a diverse range and wonderful cross-section of the craft industry “.. “In 2015/16 we produced 59 million litres of beer.”

The number of businesses has expanded tenfold in a decade.