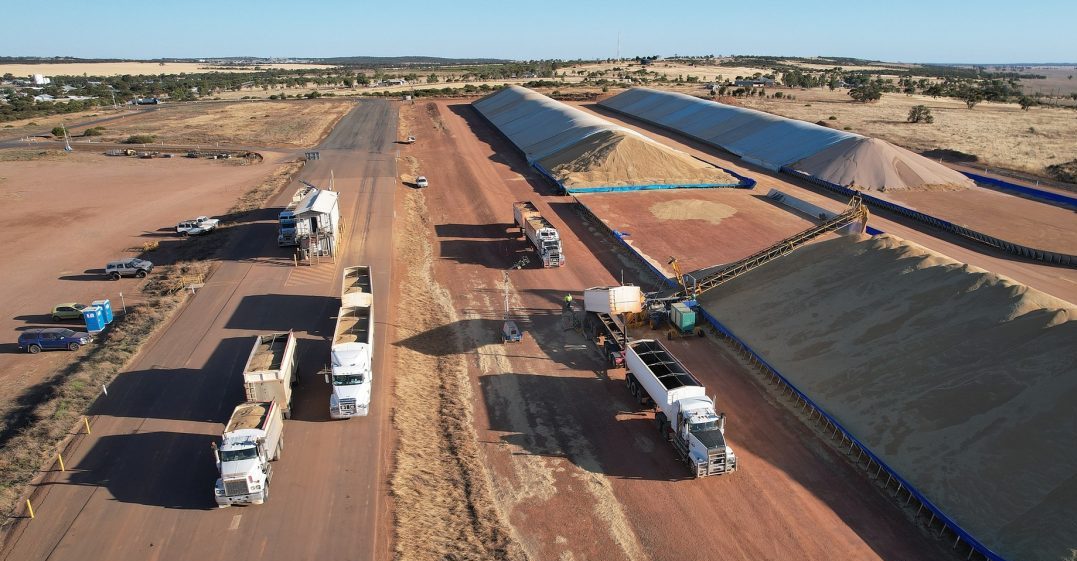 WESTERN Australian bulk handler CBH Group received 3.4 million tonnes (Mt) of grain in the week to today to bring its 2022-23 intake for the harvest to date to 10.35Mt, the co-operative said in its latest Harvest Report.

“On Thursday 1 December 2022, we broke the daily receival record with 587,974 tonnes received across the network, marginally surpassing the previous record of 587,738t which was set on the same day last year,” Mr Daw aid.

“This record didn’t stand for long with growers delivering over 603,277t the following day.”

“Pleasingly, we broke our November shipping record, where shipped over 1.54Mt, beating our previous record of 1.24Mt set last November.”

“In setting this record, both the Albany and Kwinana ports also broke their November records, with 228,000t and 742,000t respectively.”

“These receival and shipping records are a fantastic achievement which demonstrate our grower’s ability to strip the crop quickly thanks to their significant investment in modern technology, but also our team’s ability to receive and outturn the crop safely and efficiently.”

There has been some good harvesting weather across the Albany Zone, apart from one day impacted by a harvest ban, and the majority of grain received has been barley and canola, with some oats and wheat starting to be delivered.

Grain quality has been good across the zone, and the BFED3 segregation for barley has been introduced.

All sites in the zone are open and receiving grain, with Gairdner breaking a daily receival record on Thursday, and cycle time across the zone sitting at 39.4 minutes.

Deliveries in this zone increased in the week to yesterday, with some favourable weather conditions over the past seven days.

Coming week looks to have more rainfall scattered throughout the zone, which will again slow the pace of harvest.

All commodities are now being received across the zone, and extra segregations have been implemented.

All sites throughout the zone are open, with the average cycle time currently at 52.7 minutes; this varies between areas as CBH pushes tonnes into the port to complement its accumulations.

The zone enjoyed a week of favourable harvesting weather, and was impacted only by some minor harvest bans.

Grain quality is excellent across the zone, and the main commodity being received is now wheat, with some lupins and canola still coming in.

There was a harvest ban on Wednesday across most of the zone, and this slowed deliveries.

All commodities are now being received across the zone, and grain quality has been goodm with yields higher than expected in some areas.

All sites are open throughout each area, with zone cycle time sitting at 41.4 minutes

On the same day, Merredin received 20,929t which is the largest one-day receival by any country site in the state.

Harvest has progressed well across most of the zone, with most sites now open, and handling a wide range of commodities.

More segregations have been opened across the zone.

Harvest bans impacted receivals across most of the zone on Wednesday, and 33pc of estimated harvest deliveries have now been received.