Russian production down but quality up

HOTTER and dryer than normal weather over parts of Russia west of the Ural Mountains since late May appears to have had a drastic impact on the size of this year’s wheat crop and projected exports for the 2019/20 marketing year. 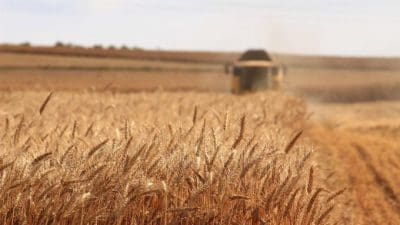 Production estimates have been lowered as a result, but they are still higher than last year and, if they come to fruition, will be the second highest on record for the world’s biggest exporter.

However, lack of consensus among the agencies demonstrates how difficult it is for the global trade to get an accurate picture of production and potential exports this season.

SovEcon had previously been the most optimistic regarding the size of this year’s crop, but it made the biggest cut due to the recent drought-like conditions. Its previous production estimate of 82.2 million tonnes (Mt) was slashed by 5.6Mt to 76.6Mt.

On the other hand, IKAR was not as pessimistic about the effects of the recent weather, and cut its production estimate from 79.3Mt to 78.5Mt. However, that number was revised down by another 1Mt early this week to 77.5Mt, and IKAR suggested that further cuts may come as more harvest data becomes available.

SovEcon also took a knife to its export numbers, cutting expectations by 4.6Mt to 33Mt, or 3Mt lower than 2018/19 wheat exports, despite its production forecast being around 5Mt higher than last season.

The latest WASDE report was quite bullish for wheat, with production cut by 9.3Mt across the major exporters including Australia, where domestic conditions have improved over the past month, Canada, the European Union and Ukraine. However, the biggest surprise to the market was the 3.8Mt taken off Russian production.

The USDA is forecasting 2019/20 production at 74.2Mt, down from 78Mt last month, but still higher than the 71.7Mt produced last season. The total area to be harvested is forecast at 26.3 million hectares, representing an average yield of 2.82t per hectare.

In line with the drastic production cut, the USDA lowered its 2019/20 wheat export estimate by 2.5Mt to 34.5Mt. This is a year-on-year fall of 1.5Mt, with the USDA obviously expecting supplies to tighten this season.

The recent hot and dry weather hasn’t been all bad for the Russian farmer, with protein levels boosted as a result of the hard finish. Harvesting commenced in the southern wheatbelt about three weeks ago, and protein levels in approximately 80 per cent of the deliveries made to date have been higher than 13pc. That is four times greater than the long-term average.

Higher protein wheat is highly sort after by global millers as it is linked to gluten, the component that makes bread dough strong and stretchy. The challenge for the Russian farmer is extracting a better price for their high-quality product. With an abundance of 12.5pc protein wheat available to the market at this early stage of harvest, the trade is very reluctant to pay a premium.

That is reflected in the current price spread between milling wheat and feed wheat, which has more than halved since harvest commenced, and the high-protein trend became evident. In late May, the premium being paid for 12.5pc protein wheat was more than US$12 per tonne. That is now below $5/t, or even as low as parity in some regions.

Some growers are reportedly seeing protein levels as high as 16pc but are only being offered 12.5pc protein prices. This is encouraging them to hold on to their highest-quality wheat in the hope that overall Russian quality falls as harvest moves into the central and northern farming regions before finishing in Siberia in September.

Egypt is the world’s biggest importer of wheat, and Russia is traditionally its primary supplier. Egypt’s General Authority for Supply Commodities (GASC) is the state’s wheat buyer, and needs to purchase around 900,000t per month. It was back in the market last week after booking just one 60,000t cargo of Romanian wheat the week before.

GASC booked the top four offers on the tender line-up for a total 240,000t, with Russia overlooked yet again. The successful exporters were Romania with three cargoes and Ukraine with the fourth. They paid $198/t free on board (FOB), a slight increase on the previous week’s purchase, but under the price paid at the same time last year.

No doubt Russia will feature in the GASC tenders soon, given the size of its wheat crop and the exportable surplus that needs to start moving. That said, the Egyptians would appear to be sending a subtle message to Russian exporters to sharpen their pencils if they want a piece of the action.

The Russian export line-up is reported to be around half of what it was this time last year. Nevertheless, it is too early in the new-crop marketing season for the Russian shippers to resort to discounting quality, particularly with production, and exportable surpluses, dropping in most of the major export origins, except for the United States.