SAUDI ARABIA will import about 900,000 tonnes of barley in last-half March and April through its first feed barley tender for the year.

Awarded on Monday, it sets an average price of US$224.45 per tonne c and f, around 4 per cent higher than the previous tender conducted late 2019.

Saudi Arabia Grains Organization (SAGO) said of the 19 of the 25 companies invited to bid in the tender, nine were selected.

SAGO said the completion of the first tender of imported barley for this year comes within the framework of meeting local demand and maintaining strategic reserves.

Two suppliers will supply eight cargoes between them, and seven companies won one cargo each.

Suppliers can ship from optional origins including include Australia, the Black Sea region, the EU, South America and the US, but excluding Canada. 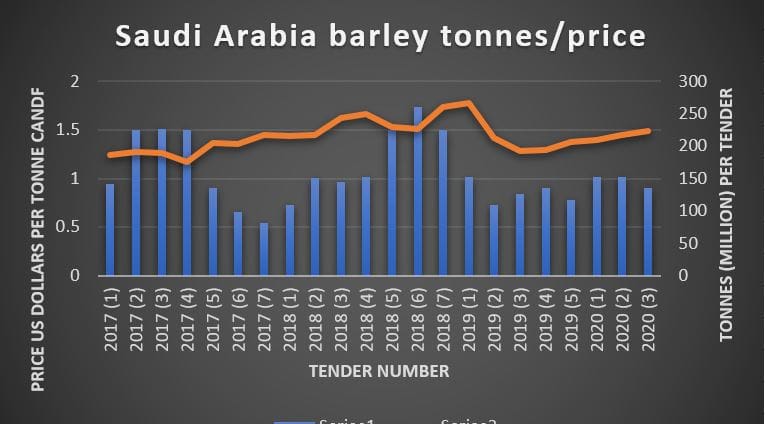