Demand and prices for hay are expected to be lower in the coming season: File photo: Feed Central

HAY growers have been warned to plan for a slow selling season and lower prices in a major turnaround for the fodder industry.

Forage trader Feed Central, which inspected about 300,000 tonnes of hay in the past year, has predicted a dramatic downturn from the record prices seen over the past two years.

It sees a combination of pressure on feedlot-sector margins, the better season across much of eastern Australia, and COVID-19 impacting on hay prices through 2020-21.

The trader has warned that not only will hay and straw be lower in price, but it will be harder to sell too, and growers will need to prepare financially for lower cashflows. 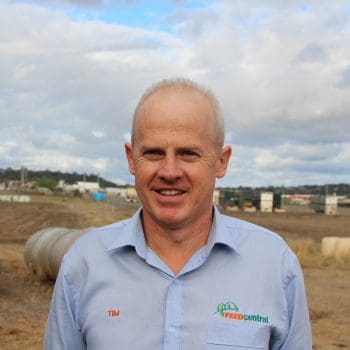 “In previous years, we have advised producers to make as much hay as possible, but this year the conditions are different,” Mr Ford said.

“Hay will need to be stored for some time, and growers need to prepare storage and cashflow to facilitate that.

“General uncertainty in the market due to the global situation combined with low cattle numbers, because of destocking due to drought and stronger pasture growth, mean we’re not advocating making as much hay as you’d like.”

Feed Central general manager Cieran Maxwell handles much of the sales of fodder to the feedlot industry and said lower feeder cattle numbers would impact demand for inputs like hay and straw.

Feedlot margins were also been hampered by high buy in prices for cattle, and the carryover of feeding those cattle fodder which had been locked in at past season’s high rates.

“The feedlot industry saw desperately high price commodities, and are still feeding high-price commodities from past and current contracts, which is not helping balance sheet right now, and will
continue to hurt until new season fodder (comes into their operation),” Mr Maxwell said.

“There is no doubt: they are desperately waiting for new-season grain and fodder and other inputs.

“From there on, extreme pressure on ration pricing reduction is required.”

Other alternate roughage prices would also impact on what feedlot operators were prepared to pay for hay and straw.

“We expect larger users of fodder and grain to hold back purchasing supplies for extensive coverage of 2020-21,” he said.

“Normally they (the feedlot industry) would be considering and liking a price and grabbing that for 10-12 months.

“But I think that see they will be holding back in purchasing at a lower number for a shorter spread and watching things as they progress.” 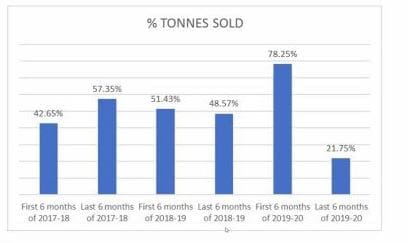 Mr Maxwell said this was not unusual for a season like the one that is forecast, with firm predictions of a large crop causing certainty of abundance of commodities and a favourable seasonal outlook from the Bureau of Meteorology.

“The feedlot industry has time on its side to watch for harvest results,” Mr Maxwell said.

“The industry also knows there has been a considerable drop in overall commodity demand, and while conditions remain up for graziers, demand for hay straw and other feed inputs for other users remains reasonably low.

“This will have a big impact on moving of new-season product.”

While warning that prices were indications only and subject to regional differences, Feed Central has given expected prices ranges for different types of hay this season.

These included $150-$250/tonne for cereal hay with the higher price for export oaten hay; $300-$400/t for lucerne hay with the maximum paid for exceptional quality, and vetch hay prices to sit
somewhere between the two.

There was still some current demand for protein lucerne and vetch hay from dairies, while some barley and wheat straw were being sold to balance those running stock on lush crops of oats or rye.

The six-month outlook was also quiet as new season cereal hay came onto the market, but Mr Jenke said “vetch hay would be in the box seat” due to regular demand for the high protein feed source.

“Do not pin any hopes on a big flurry of buyers ‘off the paddock’ as we have seen in the past,” Mr Jenke said.

“You need to work on a storage plan and fill sheds.”

And while the current outlook for hay selling is soft, Mr Jenke said demand would still be there at some stage.

“In the nine-month outlook, we will still see winter buyers of cereal and protein hay for backgrounders and dairy farmers, who always require it,” he said.

Mr Maxwell said there were some clear messages to feed suppliers: