The future of country grain storage

THE MARKET for country grain storage in eastern Australia is massively over supplied and change must occur. 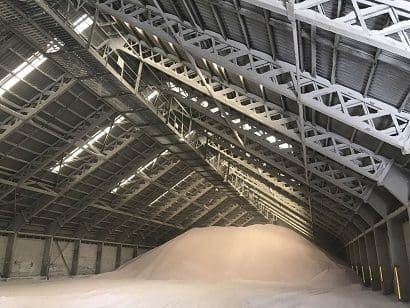 Competition is intense and I predict that over the next few years we will see some ‘mergers and acquisitions’ activity.

GrainCorp has been unsuccessfully targeted recently by Archer Daniels Midland (ADM) and Long-Term Asset Partners (LTAP). Sumitomo is rumoured to have sought bids for Emerald. There is also a number of smaller private storage operators in south east Australia on the market. Business is tough when volumes are down.

GrainCorp is now splitting its business in two with the grain business to be separately listed on the Australian Securities Exchange (ASX) by next harvest.

It’s no secret Sumitomo has been looking to offload Emerald due to poor volumes.

Cargill cannot be satisfied with the tonnage Grainflow has taken given the high price they paid for AWB.

And Ricegrowers must be considering what to do with Australian Grain Storage (AGS) as rice production continues to decline in its traditional area of the Riverina.

GrainCorp talk about having a 42 per cent market share of east coast production. That’s all well and good when there’s a bumper harvest looking for a home but what about in poor harvest?

Who is going to invest in infrastructure when volumes are going to be more uncertain?

It would make sense for some mergers to occur and more sites to be closed. But who and where?

Not surprisingly the future is fewer grain storages offering a superior service to growers and traders, new technology facilitating better visibility of stock. But who will be the winners and losers?

This article is by agribusiness consultant Simon McNair