The heat is on in South America 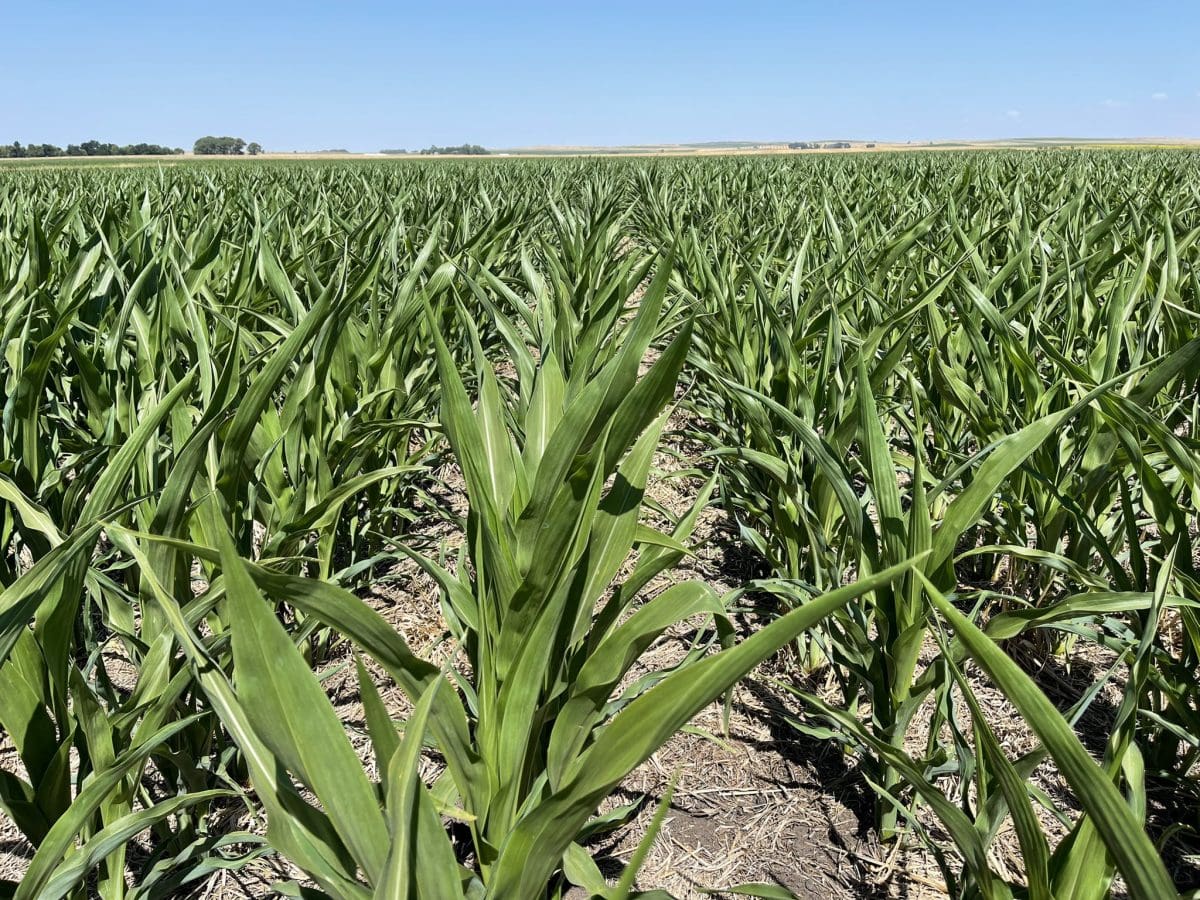 Heat and moisture stress have impacted the yield potential of corn and soybean crops in parts of Argentina and Brazil. Photo: @PecoAz

SUMMER-CROP production forecasts are tumbling in South America as drought conditions continue to build soil-moisture deficits and crop stress in southern Brazil and much of Argentina. The La Niña weather pattern threatens to scuttle the production potential of large tracts of this season’s corn and soybean plantings, further tightening global balance sheets.

Ironically, it is a tale of two woes for Brazil: too dry in the south and too wet in parts of the north. Harvest has commenced around 20 days earlier than last year on the earliest-planted crops, but frequent rains in the northern states have resulted in harvest delays and quality downgrades. While not an issue at this early point in the season, the rains are also delaying planting of the second corn crop into the recently harvested fields.

However, the dryness in the south is the biggest issue, with Paraná, the country’s third-biggest soybean-producing state, the hardest hit. The drought has engulfed the state at such a rapid rate that late last week, only 30 per cent of the crop was considered to be in good-to-excellent condition. That is down from 57pc two weeks earlier, and 92pc in early December. Some 31pc of the soybean area is in poor condition.

Brazil is the world’s largest producer of soybeans, almost 70pc of which is exported. A decline in Brazilian output will have significant consequences for global supply and demand outcomes. There have been production downgrades from several prominent private consultancies and market analysts in the last week. Michael Cordonnier cut his Brazilian soybean production estimate by another 2 million tonnes (Mt) to 138Mt last week, after slicing the same amount off his forecast just a week earlier.  Brazil-based consultancy AgRural cut its soybean-crop estimate by a whopping 11.3Mt to 133.4Mt, and is now forecasting the smallest crop since the 2015-16 season. They said Paraná had undoubtedly been the hardest hit, but production forecasts had also been reduced in Rio Grande do Sul, Santa Catarina, and to a lesser extent, Mato Grosso do Sul. Further north in Mato Grosso, the biggest soybean-producing state, the season has been much kinder, and harvest has started with early yields in line with expectations, according to AgRural.

StoneX joined the downgrade club last week, slashing 11.1Mt off its estimate to sit at 134Mt. Brazil’s National Supply Company (CONAB) is yet to react to the worsening production situation and is sitting at 142.8Mt. The United States Department of Agriculture is currently at 144Mt, but that is expected to be lowered when the latest World Agricultural Supply and Demand Estimates are released this week.

There is still plenty of time for corn production to recover as the country’s second (safrinha) crop is much larger than the first. While planting has commenced on the early harvested soybean fields, much of the crop will not be planted until next month. However, La Niña tends to cut the wet season short. The concern for Brazilian producers is delays to the planting program could leave the crop susceptible to moisture stress late in the growing season.

In Argentina, La Niña does not necessarily mean a poor summer-crop season, but most of the country’s driest years, and poorest yields, have coincided with a La Niña weather phase. A majority of the country’s main summer-cropping areas have experienced dry conditions since mid-December, and temperatures have soared with the New Year. Hot and dry conditions are forecast to continue across Argentina for much of the next week, followed by some unsettled weather. Still, the rainfall is not expected to be substantial enough to dent the moisture-deficit
situation significantly.

The corn area is forecast at 7.3Mha, with the 77.3pc planted as of last week suffering badly under the drought conditions. As of last Thursday, 40pc of the corn crop was in good-to-excellent condition, down from 58pc a week earlier. In the same period, the poor-to-very poor category rose from 8pc to 21pc. Not surprisingly, the moisture condition rating fell from 79pc to 63pc optimum/favourable in the first week of 2022, with the poor/dry rating increasing from 21pc to 37pc of the corn area.

Planting of the soybean crop is a little more advanced than corn, with 86.8pc of the projected 16.5Mha planted as of last week. But the crop condition has suffered a similar deterioration. The good-to-excellent rating fell from 56pc to 48pc in the week to last Thursday, and the poor-to-very poor rating climbed from 8pc to 13pc. The moisture condition of the soybean area dropped from 69pc optimum/favourable to 58pc, but still well ahead of 49pc at the same time last year.

The Buenos Aires Grain Exchange is still forecasting a record corn crop of 57Mt for the world’s second-biggest exporter. However, the early crop generally has the highest yield potential, and the exchange admits the bias is lower if the current weather conditions persist. The Rosario Grain Exchange is forecasting a crop in the 55-56Mt range. Cordonnier is at the lower end of estimates at 52Mt, and the USDA sits in the middle at 54.5Mt.  The Buenos Aires Grain Exchange currently has Argentine soybean production pegged at 44Mt, against the Rosario Grain Exchange estimate of 45.7Mt. Cordonnier lowered his estimate by 3Mt last week to 45Mt, and the USDA currently sits at the high end on 49.5Mt, with an update due this week.

The weather conditions and summer crop production cuts in South America will continue to be key market drivers in the short term. First, it will be the plight of soybean production, but corn will very quickly become an issue if the rain gods fail to turn on the tap in the very near future.