The report says while the global agri-commodity price environment remains relatively stable, ongoing geopolitical tension, currency fluctuations and the threat of the El Niño weather system bring great uncertainty to the outlook for 2019.

“The agri commodity price environment may be relatively stable currently, but it’s difficult to remember a time there were so many threats to food commodity prices on so many fronts, from trade wars to currency movements to ongoing weather threats,” Rabobank head of agri commodity markets and report co-author, Stefan Vogel, said.

“The trade war between the US and China has shaped 2018. If, as expected, it continues into 2019, it will alter global trade flows in the year ahead and beyond.” 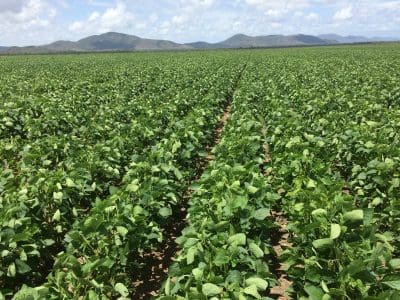 Currently importing 60 per cent of the world’s soybean trade, Rabobank forecasts China’s intake will fall below 90 million tonnes in 2018/19 due to import restrictions.

“With China buying from elsewhere, US farmers face an oversupply of soybeans and will likely see stocks more than double to record levels by the end of 2018/19, the bank forecasts,” he said.

This will make soybean farmers the principal beneficiary of the trade war, while putting heightened feed cost burdens on the livestock sector.

The US dollar is currently at an 18-month high and it is anticipated to continue to strengthen into late 2019 before stabilising.

US exports will subsequently continue to suffer from a lack of competitiveness abroad, further challenging US farmer profitability.

In Brazil, the weak real has been hit by longstanding domestic political uncertainty, helping to keep sugar and coffee exports competitive in export markets. However, a surplus of coffee beans and sugar is keeping a lid on prices.

“The largest threat for farmers is the US-China trade war. Depending on whether the superpowers can reconcile, we’re likely to see commodities like US soybeans continue to take a hit as China snubs them. This is causing American crop farmers financial pain, while our expectation that the dollar will remain strong deep into 2019 is also a challenge for them,” Mr Vogel said.

“Nevertheless, US soybeans are cheaper than Brazil’s given levels of surplus crop, with US farmers turning to other soybean importing nations to sell stock. China might partly switch back to buying from the US, if and when, the dispute is resolved but a full recovery of this trade flow seems unlikely.”

El Niño remains on the horizon

With an 80 per cent chance of El Niño being formally declared by the end of the winter in the Northern Hemisphere, Rabobank expects the weather event to drive further uncertainty across commodities markets.

Wetter weather in the US Southern Plains could mean an uplift in wheat production, according to Rabobank.

Should predictions of the weather phenomenon come to pass, yields of palm oil, sugar and Robusta coffee are likely to take a hit.

This will alter, in parts, trade flows in those currently oversupplied markets, given global demand for coffee and sugar is expected to remain robust.