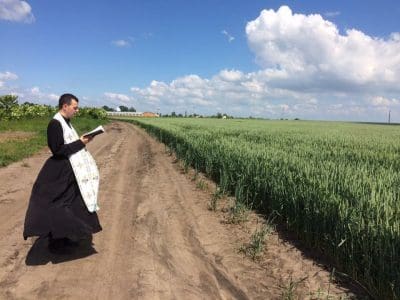 AMIS is a branch of the United Nations Food and Agriculture Organisation, and draws information from 12 member organisations to collate a monthly summary of aspects including production, consumption and trade in respect of wheat, rice, soybeans and maize.

While the July estimate of 2017/18 world wheat production was slightly reduced to 740 million tonnes, it still looks like being the second-biggest wheat crop ever behind the 760Mt crop in 2016/17.

Consumption is forecast at 728Mt, 4Mt below 2016/17 usage, and has been revised down slightly from the June forecast, mainly because of lower growth in feed use, especially in the EU.

In the northern hemisphere, conditions remain mixed as harvest begins for winter wheat, and the spring wheat crop is mostly in early vegetative to reproductive stages.

In the EU, continued hot and dry weather resulted in unfavourable conditions for grain filling in some regions, most notably in Spain and France.

In China, crop conditions have been described as favourable for winter and spring wheat.

In the US, the winter wheat harvest began with conditions over much of the Great Plains uncertain owing to dryness in the north and the late April winter storm, impacts of which are still being assessed.

Although still early in the season, spring wheat was also experiencing mixed conditions due to persistent dryness in the northern Great Plains area.

In the Russian Federation, conditions have been described as favourable to exceptional for winter wheat, and favourable for spring wheat development.

In Ukraine, conditions were mixed due to a shortage of spring-summer rains; in the southern and eastern areas — the country’s major growing regions — the crop enjoyed favourable weather during its critical development phase.

In Canada, recent rainfall in the Prairies has improved crop conditions for spring wheat and sowing is complete, but heavy rains and cool weather have continued to hamper development of winter wheat in Ontario.

In the southern hemisphere, where crops are being planted or are in early vegetative stages, conditions remain mixed with heavy rainfall in Argentina which has slowed the progress of sowing, and dry conditions in Australia.

AMIS is an inter-agency platform to enhance food market transparency and policy response for food security. It was launched in 2011 by the G20 Ministers of Agriculture following the global food price hikes in 2007/08 and 2010. Bringing together the principal trading countries of agricultural commodities, AMIS assesses global food supplies.   AMIS is composed of G20 members plus Spain and seven additional major exporting and importing countries of agricultural commodities. Together, AMIS participants represent a large share of global production, consumption and trade volumes of the targeted crops, typically in the range of 80-90 percent.