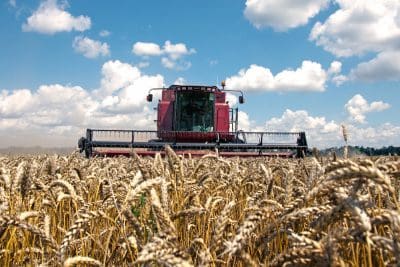 US futures were a sea of red on Thursday following the release of the WASDE report, with CBOT wheat, corn and soybeans closing down 9 cents per bushel (c/bu), 14¼ c/bu and 1¼ c/bu respectively. That all turned around on Friday after news of the trade deal broke with wheat up 16½ c/bu, corn gaining 18 c/bu and soybeans up 10¾ c/bu.

Political pressure had been mounting for both leaders to reach a compromise after economic headwinds had struck both economies in recent months. It also came at a time when both leaders were trying to deflect attention away from domestic issues; impeachment for Trump and unrest in Hong Kong for Xi Jinping.

Trump had been holding out for a comprehensive deal that addressed a range of concerns around Beijing’s management of its economy. The Chinese negotiators were equally resilient, responding to US threats of increased tariffs with new measures of their own and refusing to include many of the US concerns in negotiations.

In the end, it seems they have settled on an interim agreement that involves China buying more US agricultural products and undertaking several minor measures to open up its economy in exchange for the United States waiving the planned tariff increase set to take effect this week.

According to President Trump, the agreement was going to be great for both countries and was “a great deal for world peace. You know there was a lot of friction between the United States and China, and now it’s a love fest”.

He said Beijing had agreed to buy US$40-50 billion worth of US agricultural products which was a massive win for the US farmer. With the summer crop harvest ramping up in the US at the moment it will certainly be welcome news across the US corn belt, a key area for Trump in his run for re-election in 2020.

With the details of the pact yet to be inked, the biggest concern, for now, is how long the renewed affections will last and whether the deal will ever be consummated.

Meanwhile, there were a few surprises in the United States Department of Agriculture (USDA) October WASDE numbers compared to the previous month. The corn yield was raised slightly from 168.2 bushels per acre (bu/ac) to 168.4 bu/ac. It may have been quite a minor increase, but the trade was expecting a decrease of as much as 3 bu/ac. The USDA did cut the expected harvested area by 200,000 acres leading to a fall in US production of 0.5Mt.

Global production was decreased by 1Mt to 1,104Mt with non-China production decreasing by the same amount to 850Mt. Ending stocks were up in Brazil and Mexico and down in the US and Ukraine. The net effect was a fall of almost 4Mt in global and non-China ending stocks to 303Mt and 107Mt, respectively.

On the soybean front, the USDA reduced the expected harvested area by 300,000 acres to 76.5 million acres and cut the forecast yield from 47.9 bu/ac to 46.9 bu/ac. This led to a decrease in US production of 2.25Mt compared to the September estimate. Production in all other major production jurisdictions remained the same month-on-month resulting in a global number of 339Mt.

Soybean ending stocks were reduced in the US by almost 5Mt. This was partially offset by increases in both Argentina and Brazil culminating in a net fall of 4Mt to just over 95Mt globally.

World wheat production was virtually unchanged at 765Mt, but the numbers for several of the major producers are questionable. The USDA reduced the Australian crop by 1Mt but still have us pencilled in for 18Mt. The crop in Australia is suffering big time at the moment, and anything above 16Mt would be a miracle.

Argentinian wheat production was left unchanged at 20.5Mt. However, the season has taken a turn for the worse in many areas with drought conditions expected to have a significant impact on final yields. The provinces of Cordoba, La Pampa and the west and south of Buenos Aires province are in serious need of rain to arrest the decline.

The biggest swinger in the world wheat space could be Russia. The USDA left production unchanged at 72.5Mt, but Russia’s Agriculture Ministry put production at 75.6Mt with 1-1.5 million hectares still to harvest. That means that the early season forecasts of a 78Mt Russian wheat crop is highly possible.

This all means that the world wheat balance sheet is burdensome. Production is 30Mt higher than last year, projected global demand has fallen by 8Mt since the June WASDE report, forecast exports have dropped 6Mt over the same period, and world ending stocks are now expected to be 4Mt higher year-on-year. Competition from the major exporters is increasing, but world stocks continue to grow.

Wheat is lacking a significant demand driver at the moment, and the overall landscape is only likely to change if there is a significant weather event to disrupt supply or a political event that interrupts traditional trade flows.