USDA drops a bombshell and the markets explode 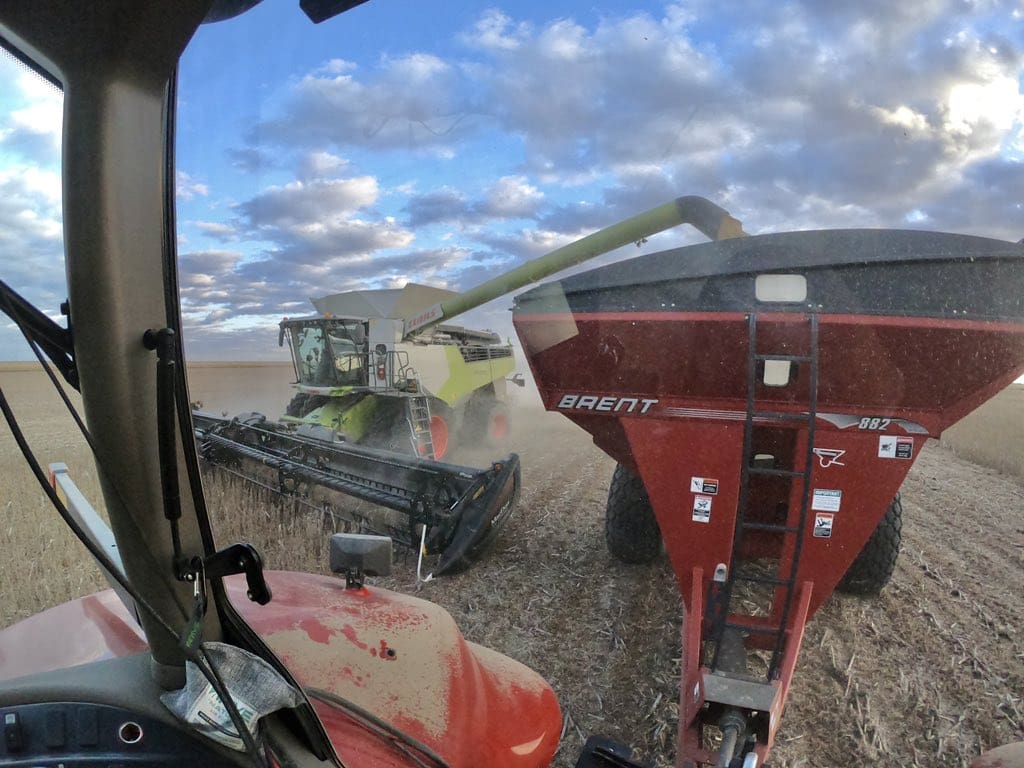 Last week’s USDA data on US stocks pushed markets higher as growers move through their soybean, corn and wheat harvests.

THE year 2020 has undoubtedly been one of surprises and the United States Department of Agriculture delivered
one of its own last week in the form of the quarterly US Grain Stocks report. Most in the trade were expecting
quite benign numbers, but the USDA had other ideas posting tighter than expected corn, soybean and wheat
supplies.

Old-crop corn stocks at the end of the 2019-20 marketing year were 50.7 million tonnes (Mt), down 10.2 per cent compared to
the same time in 2019. This was significantly lower than the average pre-report trade estimate of 57Mt. On-
farm corn stocks were down 8pc from a year ago, while off-farm stocks were down 12pc year-on-year.

The most likely implication is higher feed and residual usage in the fourth quarter of the marketing year, a bullish
surprise in light of the lower corn-for-ethanol usage due to the COVID-19 travel restrictions. However, despite the
strong Chinese demand for US corn, the price outlook seems bearish unless there are some yield surprises
when the US harvest hits the key production states.

The September 1 soybean stocks number also came in well below trade expectations at 14.2Mt. This is down a
staggering 42pc, or 10.5Mt compared to last year. This fall in US stocks definitely tightens up the global
balance sheet and places increased importance on the current state of play in South America, especially if the
Beijing buying binge continues.

Soil-moisture levels in some regions of both Argentina and Brazil have been drier than is typically expected at
this time of year due to La Niña. The below-average rainfall levels in Brazil have growers of both first-crop corn
and soybeans a little concerned as sowing will be delayed, and yields could be affected.

US wheat stocks at the end of the first quarter of the 2020-21 marketing year totalled 58.8Mt, the lowest since
2015. This is a year-on-year fall of 8pc. Stocks held on-farm are estimated to be down 4pc from last
September, and off-farm stocks are down 10pc from a year ago.

The lower-than-expected number implies that the June-August 2020 disappearance is up 4pc from the
same period in 2019. The USDA also reduced its US wheat production number for the current harvest by a bit
over 300,000t to 49.6Mt on the back of slightly lower yield numbers from the field.

Barley stocks in all positions in the US at the beginning of last month totalled 3.9Mt, down 5pc from
1 September 2019, and old-crop grain sorghum stored across the country as at 1 September was down 54pc on a year ago at 750,000t.

All US futures bourses copped a speeding ticket as a result of the stock numbers with corn, soybeans and wheat
surging by 4pc, 3pc and 5pc respectively after the release of the report last Wednesday. The
funds went all in, buying an estimated 55,000 corn contracts, 30,000 soybean contracts and 25,000 wheat
contracts. Collectively, that buying spree amounts to a staggering 14.5Mt of grain in one day.

In the two trading sessions since the rally, both corn and soybean futures consolidated Wednesday’s price gains,
but wheat gave up almost US$2 of the $10.50/t surge.

Market reaction to the wheat numbers was a little surprising. Stocks may be tighter, but the US is presently
uncompetitive in the export arena, and the global balance sheet is quite comfortable at the moment. Some
issues are playing out in Argentina, but that has been countered by higher Russian production.

Last week the Russian Ag Ministry lifted its wheat harvest estimate from 75Mt to 82Mt based on better than
expected harvest receivals. The USDA is still lagging at 78Mt, but that is expected to be increased when the
latest World Agricultural Supply and Demand Estimates report is released on Friday.

Russian export forecasts are on the rise as a result. Local agriculture consultancy, Sovecon, has raised its
current season wheat export estimate by 1.7Mt to 38.9Mt, not far below the record of 41.4Mt set in
2017-18. It is forecasting exports at 24Mt in July-December, and almost 15Mt in the second half of the
marketing year.

The extremely dry spring has taken its toll on wheat yields in Argentina with farmers in the north of the country
reporting that some paddocks are so poor it will not be worth driving the harvester through the gate. The Buenos
Aires Grain Exchange (BAGE) has decreased its 2020-21 wheat harvest estimate to 17.5Mt, down from
21Mt in August. It is now 2Mt less than the USDA number, which is expected to be revised lower later this
week.

When all is said and done the wheat price outlook remains bearish unless the dryness currently being
experienced in the Black Sea region escalates and impacts next year’s winter crop output. It is not panic stations
just yet as there is still plenty of time to plant the crop, but it is certainly the most relevant area of concern for
global supply.

At the end of the day, potential issues in the Black Sea region, La Niña in South America impacting winter and
summer crop production and last week’s USDA grain stocks bombshell are all great news for the Australian farmer.
The market rally is perfectly timed as this year’s domestic harvest ramps up in coming weeks. The biggest
concern, now that the Bureau of Meteorology has officially declared a La Niña is underway, could well be the
harvest weather and getting the crop in the bin with minimal rain delays and no quality issues.