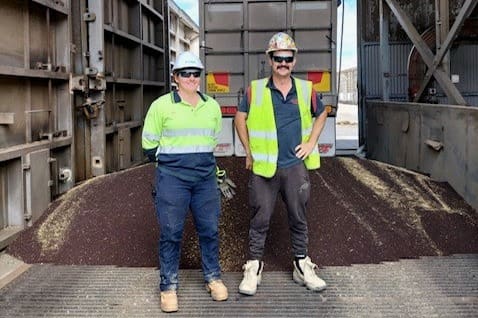 Viterra said it has also started loading its next two export vessels while at the same time receiving increased tonnes as a result of warmer weather.

Friday was the busiest day for the network, and saw daily receival records broken at Viterra’s Bute, Thevenard, Witera and Wudinna sites.

“The lentil harvest in the region is in full swing and the site broke its daily receival record on the Thursday and then again receiving more tonnes on the Friday,” Mr Tansley said.

“We started loading our second new season grain vessel for the region at Port Lincoln on Sunday, which is the first for the port this season and is exciting for growers who will start to see their grain move to international markets.”

“Bordertown, Keith and Wolseley all received their first loads for the season as growers in the South East began harvest,” Mr Cannon said.

Last week, the region also loaded its first vessel for the season, with grain from growers in the Eastern and Central region going into the holds at Outer Harbor.