What’s behind the fall in the wheat market 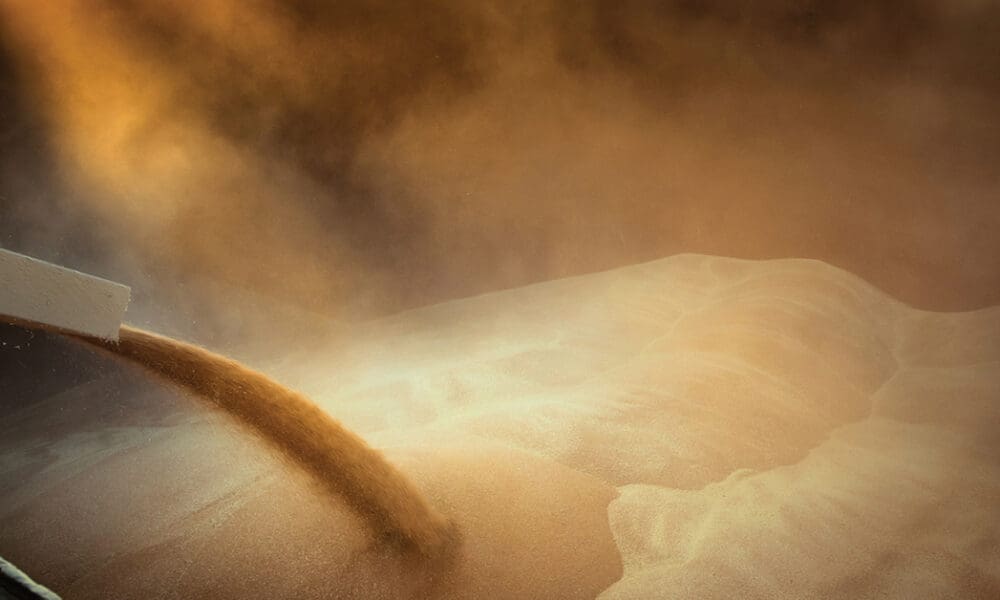 Harvest is going with gusto, and it’s expected to be a rip-snorter. In recent days there have been some concerns related to the price movement since October. This is an opportune time to delve into where the action has occurred.

The market experienced a strong rally during October which provided farmers with an opportunity to lock in futures or flat price wheat at healthy levels. The market has fallen, which is concerning for many who are starting to make sales.

The flat price APW price has fallen by the following levels since the last week of October: The Australian wheat market doesn’t operate in isolation, events which happen overseas impact upon our pricing. In general basis or local factors influence around 10-20pc of the overall price. The influence of basis on overall price reduces in years of large supply and increases during drought.

The ASX wheat contract has declined A$50 (-16pc) since the last week of October, whilst the CBOT contract has fallen A$34 (-11pc).

The ASX unsurprisingly has married up with physical pricing quite well, as it is based on Australian delivery. The CBOT contract has had a smaller fall than what we have experienced locally.

This means that our basis level to CBOT has fallen. This isn’t necessarily surprising, and something that TEM has flagged as a risk for some time (see here, here & here). 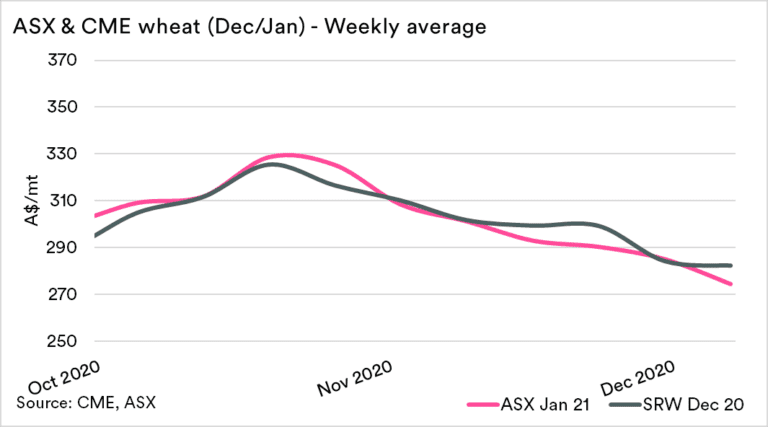 So what has moved price?

A large part, around two-thirds of the move in local pricing has occurred due to the move lower in overseas futures levels. Approximately one-third of the move can be explained by depreciating basis. This is due to the continued improvement in expectations around the wheat crop.

This year has provided some great opportunities to lock in very high wheat prices. The highlights were March, and in October.