GROWING the 2019/20 crop is practically a done deal, and by most measures the numbers have been adjusted up slightly this month, according to the International Grains Council (IGC) November report released overnight.

While world total wheat and coarse-grain ending stock remain lower in 2019/20 than they were in 2018/19, IGC’s November forecasts were higher than October, and higher than 2018/19 in respect of production, trade and consumption. 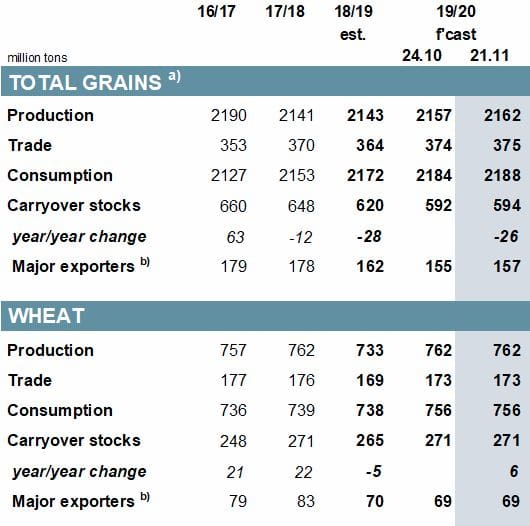 World rapeseed area is seen tentatively up 3 per cent in 2020/21, including gains in the EU and the Black Sea region and world wheat area, with significant regional variation, may increase just 1pc next year. 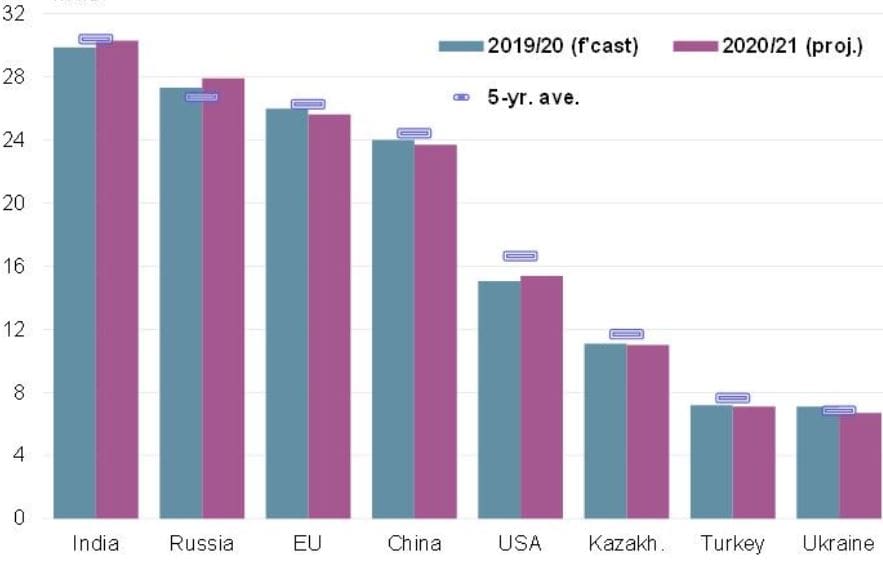 Figure 2: Wheat harvested area this year and next in selected countries is mostly below the five-year average, except in Russia. Numbers indicate million-hectare units. Source: IGC

Planting of winter wheats in most northern hemisphere countries would typically be completed by November, but this year, northern-hemisphere planting conditions are mixed. Figure 2 shows projected 2020/21 wheat areas for selected countries, most of which in the current year and the next are expected to harvest a smaller area of wheat than 5-year averages.

Russia is the exception.

Harvested wheat area in Russia is set to expand.

US wheat planting is virtually complete, but area is expected to remain close to historic lows.

France and the United Kingdom in particular among EU countries had wet weather interrupt autumn fieldwork.

World wheat stocks are now seen at 271 million tonnes (Mt) at the end of 2019/20, recouping the drawdowns of prior years to broadly match the stocks record set in 2017/18.

Russia in 2019/20 is forecast to be the largest exporter for the third successive season.

Strong demand for barley for food use could lift consumption to a record high in 2019/20, although ample availability of alternatives may cap gains.

Global barley out-turn in 2019/20 is seen as a record, supported by strong increases in harvest in EU and Ukraine. 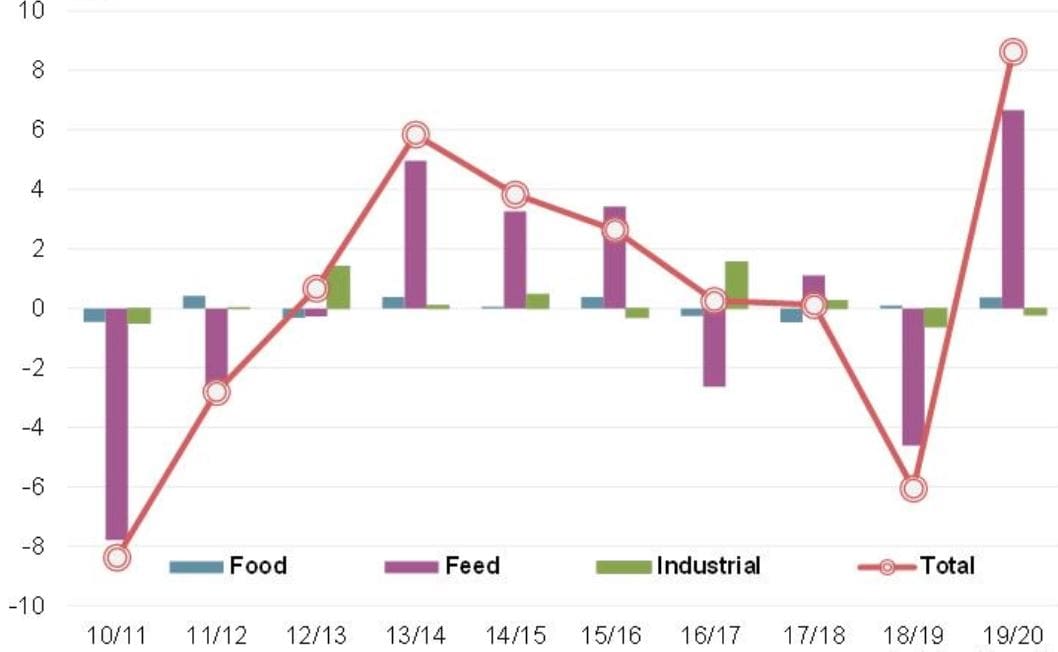