PRICE indices have risen again for the month of September, with barley up 8 per cent and wheat up 5pc, while prices of soybeans, rice and corn also lifted, according to the 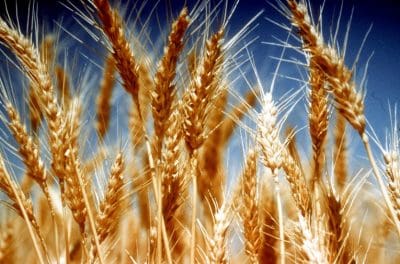 With a slight fall in supplies amid strong demand, global stocks of grain could fall in 2017/18 for the first time in five years, mostly for maize.  IGC raised to 2069 million

World grain production is forecast to be the second highest on record in 2017/18.

tonnes (Mt) this month’s estimate of total world grains production, up by 19Mt; of which maize accounted for 10 Mt and wheat in Russia 5Mt, consumption was forecast up by 7Mt and trade by 5Mt.

Maize and soybeans are critical along with rice to world nutrition, however for Australian producers the big-ticket cereals crops are wheat and barley, which coincidentally saw prices rise so strongly.

Stock could be significant in defining market direction

The table below shows wheat carryover stocks for the years ending 2015 to 2018.

Stocks increased annually by 15-18Mt in the first three years of this dataset, while the 2017/18 ending stock is forecast to be 6Mt higher than in 2016/17, even though the stocks of major exporting countries are lower.