THE crop calendar has flipped to a new year for world wheat participants as northern hemisphere winter crops emerge from dormancy and spring crops begin planting.

The first cut at the numbers is indicating significant turnaround for European Union and Russia driving more wheat output, along with hopes of southern hemisphere returning to a more normal cereals cycle in 2019. (Table 1). 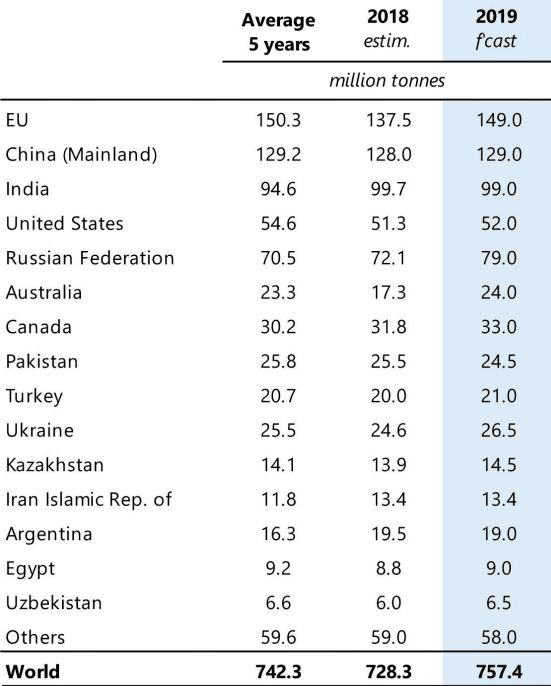 Global wheat production is forecast 757.4 million tonnes (Mt) in 2019 in the March 2019 FAO-AMIS market monitor, 29Mt higher than 2018. This would be close to the record crop of 2017, with the bulk of the recovery stemming from EU. Larger EU planted area combined with generally good weather so far is seen to drive up wheat production by at least 8 per cent (pc) from last year’s six-year low. Similarly, in the Russian Federation, an expectation of increased overall plantings in combination with beneficial weather could push up production by almost 10pc. Favourable crop conditions also currently prevail in Ukraine, where this year’s wheat output is forecast to rise by nearly 8pc. US production is likely to remain close to last year’s level, whereas in Canada it could increase by around 4pc. In Australia, a strong rebound from last year’s drought afflicted level is foreseen, though wheat planting will only begin in May. India could grow close to last year’s record level while a contraction is predicted for Pakistan.

This time last year, FAO-AMIS published its first global production forecast for 2018 wheat. How good was it, chart 1? 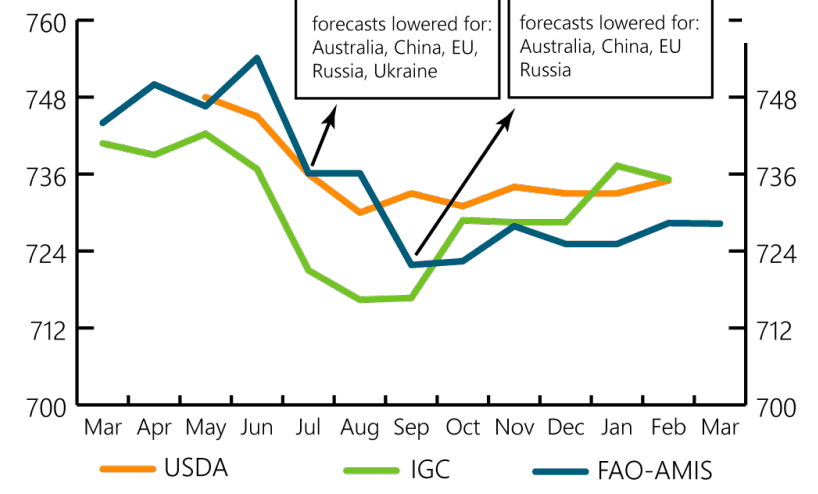 Chart 1 tracks, from March 2018 to March 2019, how each agency revised downwards its estimate of the 2018 wheat crop. As 2019 crop forecasting begins can the same happen this year? Source: FAO-AMIS

Are we again too optimistic? Reflecting on those forecasts and comparing them with early predictions by the other two major sources, USDA and IGC, FAO-AMIS projections didn’t fare so badly, but all were too optimistic. Forecasts from all three sources followed a rather similar trend and, as one would have expected, started to converge in later months as countries’ production estimates became firmer. Notwithstanding this development, some differences in these forecasts still prevail. A lower estimate of China’s wheat production is among the main reasons why the FAO-AMIS global production estimate for 2018 remains lower than the other two sources. FAO-AMIS is undertaking a major review of China’s cereal balances following recent official historical revisions, which show much higher-than-previously reported estimates for wheat, maize and rice production over 2007-2017.