IT’S highly likely Australian farmers, like their counterparts overseas, will be dealing with weed issues in future they’re not aware of yet.

A world leading authority on weed management says to manage this change Australian growers must arm themselves with as much information as possible about weeds, be hyper vigilant to ensure early identification, and act on any changes they see immediately.

Antonio DiTommaso, a professor of weed science at Cornell University in Ithaca, New York, told the 21st Australasian Weeds Conference in Sydney on Monday that warming temperatures will lead to weeds adapting and appearing in places they have never previously appeared.

Weeds are biological beings that are adapting to changing climatic conditions as well, he said.

The voracious vine Kudzu– known as the “weed that ate the south” in America – has never been a problem for farmers in the northern States in the past, but is nowmoving into the region as temperatures increase and surviving the northern winters. 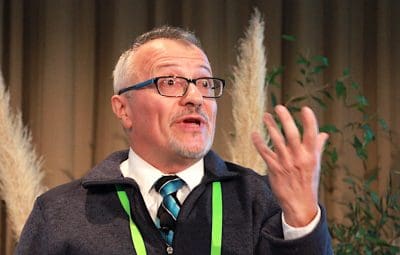 Professor DiTommaso’s message to Australian farmers is “know your enemy”.

“We can’t simply say, we’ve never had to worry about these species.

“It is education, listening to other folks, being aware globally of where these species are coming from that are likely to be here, what folks in those countries or in those regions are doing.

“What tools are out there, such as integrated pest management, and if we do have herbicides available, are they going to be efficacious under those conditions?

“Know your enemy, inside out, the biology and the ecology.”

Farmers must be better stewards of glyphosate

Glyphosate was a tremendously valuable product, he said. but it had been misused and overused.

Thirty-nine weed species have now evolved resistance to glyphosate, distributed across 37 countries and in 34 different crops.

In the United States 98pc of soybeans were roundup resistant, along with 95pc of corn and over 90pc of cotton.

Professor DiTommaso said industry needed to be better stewards of these valuable tools they have in their toolbox.

“I understand the economics, there is a reason we have a 98pc adoption rate of Glyphosate, but we have got be climate smart in agriculture,” he told Grain Central.

“There is now dicamba resistance. There is this kind of idea that we go from one to another without really looking at the cause.

“We need to be smart about this, the solutions are not easy but the information is there.

“The idea that industry will save us and magically come up with some silver bullet (i.e. new chemistry), that is just not going to happen.

“So it is about integration, rotating crops, being aware of species that you have never seen on your land before, and really jumping on it, don’t sit back.”

Professor DiTommaso said it was not all doom and gloom but continued dependency on one tactic was not a solution for the future.

“I think industry recognises that too, so that is why you have the WeedSmart program.

“Glyphosate is an important tool in the tool box, but it must not be the only tool.”

“Folks are so dependent on it my issue has been over reliance.

“We might drive this really valuable tool into the ground.

“That is what concerns me, we have got to do a better job and let our growers know, industry is not going to save us all the time.”