Covering 67,500 hectares, Keep Plains Agricultural Development is located close to the Western Australian border, and adjacent to the Ord River agricultural development and its existing infrastructure and irrigation channels.

AAM’s proposal begins with dryland farming on Keep Plains, while at the same pursuing options for growing crops including maize, mangoes, bananas, tree nuts and other fruit and vegetables.

Wholly Australian owned, AAM already runs cattle at its nearby Legune Station in the NT, crops and runs livestock operations near Forbes in New South Wales, has a cattle and sheep operation near Blackall in Queensland, and has large-scale poultry operations in South Australia. 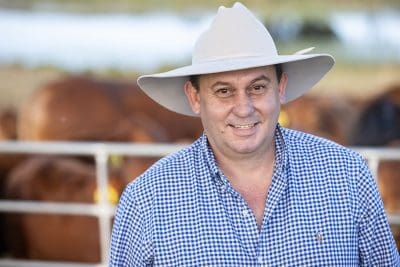 “Our vision is to contribute to developing a thriving agricultural powerhouse along the Keep River Road, while supporting existing and new food supply chain opportunities that have a beneficial social and economic impact on local and regional communities,” AAM managing director Garry Edwards said.

“While it may take up to two to three years before production begins, we are excited to add this greenfield asset to our diverse portfolio of agricultural enterprises.”

AAM and the Northern Territory Land Corporation (NTLC) will now enter into negotiations to finalise a Project Development Agreement.

NTLC general manager Michael Holmes said the calibre of the short-listed proponents received through the publicly competitive process was impressive, and the selection of the preferred proponent followed a rigorous assessment of detailed proposals, and capabilities and experience.

“NT Land Corporation has worked closely with government agencies and NT Farmers Association to ensure the land for this development was ready for its release to the market, which will assist to ensure economic returns for northern Australia long into the future,” Mr Holmes said.