THE AUSTRALIAN Competition and Consumer Commission has released its draft decision proposing to not declare a wholesale domestic mobile roaming service. 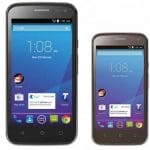 Domestic mobile roaming is where telecommunications companies can direct their customers’ mobile phone transmissions through another company’s towers and equipment.

The draft decision follows an inquiry by the ACCC that commenced in September, 2016, into whether declaring the service would promote competition in relevant markets, achieve any-to-any connectivity and encourage the efficient use of, and investment in, infrastructure.

“The ACCC has insufficient evidence that declaration will improve the current state of competition overall,” ACCC chairman Rod Sims said.

“Currently, regional consumers benefit to some extent from price competition in metropolitan areas because operators price their services consistently across Australia, despite the higher costs in servicing regional areas. They also benefit from competition between operators on network investment.

“There is insufficient evidence to suggest that declaration of a mobile roaming service in regional and rural areas would further lower prices or improve services, given the higher costs in servicing these areas.”

The ACCC’s draft decision states that declaration in regional, rural and remote areas may not reduce Telstra’s retail mobile prices to a significant extent and could well result in overall higher prices if other service providers raise their retail prices to reflect the cost of roaming access prices, for example.

“The ACCC has examined the incentives for mobile network operators to upgrade their networks or invest in expanding coverage both with and without declaration. We heard from many regional groups concerned about coverage. We consider there is evidence that declaration could damage some incentives for operators to invest such that overall coverage is not likely to improve with declaration,” Mr Sims said.

“Many regional consumers do not have a choice of provider either because they only have one network offering coverage in their region or because they need continuous coverage.

“While we do not think that mandated roaming is the answer to these problems in regional and rural areas, we are seeking comment on other regulatory and policy measures that could improve coverage and competitive outcomes.

“We are very keen to get comments from a broad range of stakeholders on our draft decision announced today, including on these measures. We will carefully consider all feedback before making our final decision in mid-2017.”

WAFarmers executive officer – policy (general) Grady Powell said while WAFarmers supported and recognised the importance of competition, a domestic mobile roaming service would not necessarily be the best outcome in allowing for greater market competition.

“Western Australia is a great beneficiary of Telstra assistance through State and Federal funding for black spot programs,” he said.

“While there is nothing currently stopping companies co-locating on one another’s infrastructure, some providers have invested in regional WA more heavily than others.

“While competition and choice is good for consumers and the market, we cannot accept the risk this may bring in terms of jeopardising future investment in regional telecommunications.”

“Technology is becoming so entwined with businesses and social activities, so maintenance of telecommunications infrastructure is critical, as is the responsibility and ownership of it,” he said.

“Any scope for ambiguity has the potential to lead to confusion and loss of service for consumers, which is unacceptable.”

NSW Farmers president, Derek Schoen, said the association was pleased the ACCC had recognised the importance of regional and rural customers in making its decision.

“Even with the current Mobile Black Spot Program, there are still large sections of regional NSW that are without mobile coverage,” he said.

“We have been concerned that the coverage map is not filling in fast enough.

“If the ACCC confirms this decision, we will be continuing to pressure the telecommunications companies to provide extended coverage to our members in rural and remote NSW, but also better, more competitive service.

“The onus is now on those who pushed for this result to demonstrate increased investment in coverage and service provision in the bush.”

Cotton Australia has reiterated its call for networks and regulators to boost telecommunications coverage in regional areas.

Cotton Australia general manager, Michael Murray, said telecommunication companies were already free to come to commercial arrangements with each other to share towers, but the ACCC had been considering whether it should make roaming mandatory.

“While increased competition is important, it is more crucial at this point to bolster the regional network and improve basic telecommunications services, which severely lag metropolitan areas in scale and speed, and aren’t even available to many in the bush,” he said.

“Our concern has been that mandatory roaming may significantly reduce a company’s incentive to invest in extending and improving the existing mobile footprint.

“Telecommunications connectivity is vitally important for any modern business, and farming operations are no different. Today’s farmers control sophisticated, web-connected machinery but can’t use it to anywhere near its potential because of a lack of network connectivity.

“Even more critical is the blockage that a lack of telecommunications services adds to growers’ ability to attract and retain staff; people want to live and work in areas where they are connected.”

The ACCC invites submissions on the draft decision until 2 June 2017.