AGRIBUSINESS conditions across the country improved slightly in August 2019 on the back of a solid, late break in southern Australia. 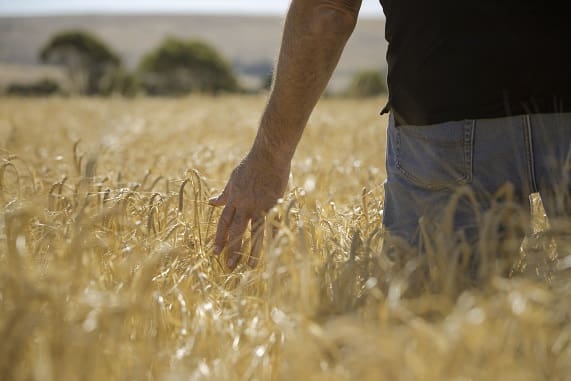 “Seasonal conditions remain a key driver of the survey results and reflect a wide variation across the country. Conditions remain weakest in NSW as prolonged drought continues across most of the state,” Mr Findlay said.

“South Australia and Victoria reported the strongest conditions in August, reflecting the solid, if late, autumn break, strong lamb prices and signs of stabilisation in the dairy sector.”

The survey reveals one in five NAB agribusiness bankers saw weather conditions as having the largest bearing on customer confidence.

“After a positive reading earlier this year, national agribusiness confidence fell to -2, with considerable variation between states,” Mr Findlay said.

“Victoria and South Australia saw improved confidence, both moving to positive readings, while Western Australia fell from high levels to a reasonable +43, positioning it as the most confident state in the survey.

“Queensland returned to a much more modest result, while confidence in NSW plummeted.

“This confidence has a direct correlation with our capital expenditure outlook, with Western Australia, South Australia and Victoria returning the most optimistic projections for agribusiness capital expenditure in the short term, while NSW’s outlook remains the weakest.

“Overall capital expenditure turned positive in this survey, measuring +1 – a result well in excess of the -26 recorded at the end of the 2018.”

“In terms of industry performance, NAB agribusiness bankers identified that their strongest performing customers were in lamb and mutton, following by mixed cropping and livestock and wool,” Mr Findlay said.

“The strength in the sheep meat market on the back of record lamb prices has helped producers in this sector, but the National Trade Lamb Indicator has since retreated.

“After ranking first in the March Survey, wool’s drop in performance is reflective of cooling prices and further concerns around the US-China trade tensions, which remains a key risk for the sector.”

On an industry basis, conditions were strongest in lamb and mutton, followed by mixed wool, mixed cropping and livestock, and dairy remains the weakest performer.

Agricultural land prices are still tipped to increase over the coming 12 months, with a 0-5 per cent increase expected by around one-third of agribusiness bankers, although more bankers are becoming less optimistic.