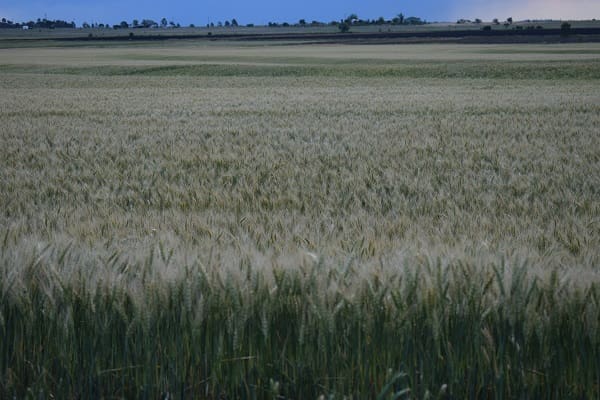 SEASONAL concerns continue to hang over the outlook for Australia’s agricultural sector, despite much-needed rains have finally fallen over some of the country’s drought-affected regions, the latest Rabobank Rural Confidence Survey has found.

While rain had spurred a lift in overall rural confidence from its recent 12-year low, the final quarterly Rural Confidence Survey for 2018, released today, found 40 per cent of the nation’s farmers continued to hold a pessimistic outlook for the year ahead, with drought the primary concern.

The recent rainfall having come too late to bolster winter crop prospects and with follow-up rain needed to break the drought.

But it was a vastly different story in the west of the country, as Western Australian farmers look to reap half of the nation’s winter crop.

Seasonal differences aside, overall, the nation’s farmers indicated they felt prepared to navigate the impacts of drought.

A total of 94pc of surveyed farming businesses indicated some level of preparedness for drought, with more than 50pc reporting they are more prepared now than five years ago.

Rabobank Australia chief executive officer Peter Knoblanche said farmers had put in place structures and developed strategies to help manage the variables in seasonal conditions, including building up cash reserves when seasons allowed and investing in water and feed infrastructure.

“Producers have become more proactive, rather than reactive, in the way they manage drought,” he said. “But even the best strategies become harder to execute the more prolonged, and severe, the drought is and there are parts of Queensland and New South Wales that have been facing adverse seasons for a number of years now.”

The latest survey, completed in November, found the percentage of Australian farmers expecting conditions in the agricultural economy to deteriorate in the coming 12 months edged back to 40pc – from 56pc who held that view in the September quarter.

Drought remained the key driver of this pessimistic sentiment, cited by 87pc of those with a negative view as reason conditions were likely to worsen.

The percentage of farmers expecting conditions to improve doubled to 26pc, while a similar percentage (30pc) expected little change over the next year. Farmer confidence showed signs of improvement across most of the country, with Queensland posting the biggest recovery.

Mr Knoblanche said the catastrophic bushfires that had been raging across parts of Queensland in recent days, along with extreme heatwave conditions, would undoubtedly have knocked farmer confidence since the survey was in the field.

“While at this point, the fires have not been located in major agricultural areas, it is still too early to see the full impacts and these conditions will be weighing on the state’s agricultural sector,” he said.

Mr Knoblanche said the more positive sentiment in the eastern states had come off the back of good rains, with some drought-affected areas receiving their best falls for the year.

“There have been significant rains in parts of the Darling Downs and south-west Queensland as well as parts of New South Wales, Victoria and Tasmania,” he said.

“While it is a good start, and will assist with the planting of the summer crop, it hasn’t been enough to materially improve soil moisture profiles, which remain deficient across much of eastern Australia.”

With the rains falling too late to bolster winter crop prospects, he said: “If it were not for the late break in the season over in Western Australia, we would be harvesting the smallest winter crop in two decades – with grain production more than halved in New South Wales and Queensland.”

In line with overall confidence levels, the nation’s farmers also revised up expectations for their own gross farm incomes in 2019 – although 42pc still anticipated a weaker financial result, a slight improvement on 49pc with that view in the previous survey.

The proportion of farmers expecting higher gross farm incomes rose to 24pc of surveyed farmers, up from 18pc, while a third expected little change in their financial situation.

Income projections in WA outstripped the rest of the country, with close to half (48pc) expecting an increase in incomes in the coming year.

“This positive outlook is in stark contrast to many other regions in Australia, as WA farmers are able to take advantage of the rise in domestic grain prices driven by the tight supplies in the east,” Mr Knoblanche said.

This saw the WA farming sector holding the greatest investment appetite in the survey, with 34pc of the state’s producers looking to increase investment in their farm business over the coming 12 months – compared to the national average of 18pc.

That said, across the country, the majority of farmers are still intending to maintain investment at current levels – with 64pc holding this view.

Farmer confidence showed signs of improvement in all states, except Tasmania where it waned.

“October was an exceptionally dry month in Tasmania, but since then, there have been some handy rains and if this continues we would expect to see a bounce in confidence early next year,” Mr Knoblanche said.

Queensland posted the largest rebound in confidence, he said, to edge into positive territory this quarter (with the number of farmers with an optimistic outlook outweighing those who are pessimistic).

Confidence also lifted in NSW, South Australia and, to a lesser extent, Victoria – albeit remaining subdued.

“Follow-up rains to what have been received in recent weeks are needed to materially change the outlook, but rainfall so far has improved prospects for the summer grains crop and has given some graziers a reprieve from their feeding regimes,” he said.

By surveyed commodity, confidence was also up across the board – although remained subdued – in all sectors except dairy, which posted a small decline with 55pc of the nation’s dairy farmers expecting conditions to deteriorate over the coming year.

Mr Knoblanche said high operational costs had made it “a really challenging year for many in the dairy sector”, as the cost of feed and water is putting considerable pressure on margins.

“This could drive a sizable drop in milk production, particularly in northern Australia and the Murray Darling regions, with the national milk pool at risk of falling to a two-decade low,” he said.

In contrast, the biggest turnaround in sentiment was seen in cotton, with confidence improving strongly along with the market outlook.

“With domestic prices trading above $600 a bale, any growers who have the water to plant will have done so, but production is expected to be curtailed by the dry conditions – in the vicinity of 50 per cent lower than last year,” Mr Knoblanche said.

Grain grower confidence also lifted, with 34 per cent having an optimistic view on the 12 months ahead – largely underpinned by WA producers.

“With the country expected to harvest its smallest winter crop in 10 years, domestic grain prices are likely to remain elevated well into 2019 and this is boding well for those who have been able to get a crop off, with producers also fetching good returns for crops that have had to be cut for hay or silage.”

While beef and sheep sentiment also improved, seasonal concerns continued to be ‘front of mind’ as feed costs remain high and graziers face decisions around continuing to feed stock or to further de-stock.

“The decisions facing graziers are becoming tougher to make, with many already making the easier ones of selling old or young stock, and now being faced with decisions around their breeding animals,” Mr Knoblanche said.

While confidence in the sugar industry trailed the other commodities – to be on par with dairy – it was well up on where it has been for much of the past year with the outlook for sugar prices improving in recent weeks.