AGT’s plan to expand through purchase of InterGrain falls through

NEGOTIATIONS between Australian Grain Technologies (AGT) and West Australian company InterGrain have fallen through, putting an end to AGT’s plans to expand through the acquisition of one of its wheat and barley-breeding rivals. 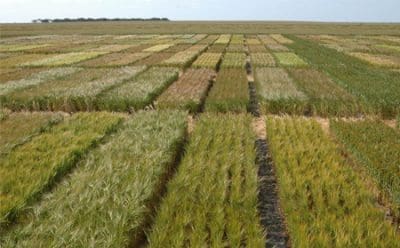 The Grains Research and Development Corporation (GRDC), which is a stakeholder in both companies,  said it was disappointed the transaction had not been completed.

GRDC deputy CEO, Steve Thomas, said parties involved had put a great deal of time and effort into the proposed deal, but its collapse would not affect InterGrain’s focus.

“When you’re negotiating, you’re not necessarily all going to come to the same spot. That won’t change our focus, and that is putting out varieties that best meet the needs of growers,” Dr Thomas said.

GrainGrowers general manager policy and innovation, David McKeon, said the focus must be on strengthening barley breeding programs in Australia.

“Given the deal is now off, it is extremely important that InterGrain’s shareholders, the WA Government and the GRDC, explore all available opportunities to ensure wheat and barley breeding programs remain competitive and in the best interests of Australian growers.”

InterGrain was formed in 2007 when the WA Government and the GRDC privatised the Department of Agriculture and Fisheries, Western Australia (DAFWA) wheat-breeding program; by 2010, InterGrain had also assumed DAFWA’s barley-breeding program.

DAFWA owns 62 per cent of InterGrain, and GRDC holds the balance.

AGT’s shareholders are the University of Adelaide, the South Australian Government and, with 39pc, the GRDC.

AGT and InterGrain announced they had entered discussions “to secure and expand value for Australian grain growers” in December last year.

Dr Thomas declined to comment on why negotiations had collapsed.