GRAIN industry businesses making waves in trade and export have been recognised for their success at the launch of the NAB Agribusiness 2018 calendar. 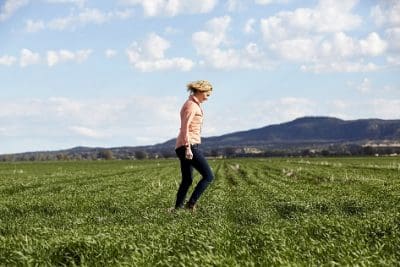 This year the calendar showcases 13 customers who understand how important maintaining and expanding markets is to their long-term future.

Some have adopted the latest technology or built on their heritage, while others have created or entered profitable new niches and markets.

Grain industry enterprises that feature in the calendar include Lively Linseed, Agromin and Narrakine Group:

What began as a rugged camp on Mullaley’s Liverpool Plains in north west NSW in the 1860s has since evolved into an innovative value-add agribusiness, leveraging a pioneering direct export model.

Jacqui Donoghue and husband Chris began their farming days growing wheat, sunflowers and sorghum before turning to the farming and health benefits of linseed.

They now produce and export a range of value-add produce featuring their nutritious linseed crop, from breakfast cereal boosters to linseed biscuits.

Lateral business thinking, a strong desire to connect with customers and a healthy appetite for diverse cultures are the key ingredients in Lively Linseed’s success in sourcing direct export relationships, all enhanced by Jacqui’s self-taught Mandarin literacy.

The business now enjoys thriving export sales in boutique supermarkets in Hong Kong, mainland China and Taiwan, and is exploring opportunities in India.

Agromin Australia is growing its pulse exports by bucking a common trend. Instead of expanding products and markets or focusing on China, managing director Rajni Patel has decided to specialise in what he knows best – human-consumption pulses for the Indian subcontinent.

And with the recently acquired Peaco storage and packaging facility, Agromin is now set up for very fast dispatch-to-order turnarounds.

Mr Patel keeps Peaco updated on the Indian subcontinent’s weather conditions and prices so the information can be passed on to Australian farmers deciding what to sow.

It’s a system that ensures Agromin has the required pulses when peak demand hits.

Agromin is now preparing for even further growth, given that both the subcontinent’s population and extreme weather events are on the rise.

A strong agricultural family, honest hardworking values and a hands-on approach to oaten hay, straw, fodder production and export relationships are at the heart of the Narrakine Group, Williams, Western Australia. 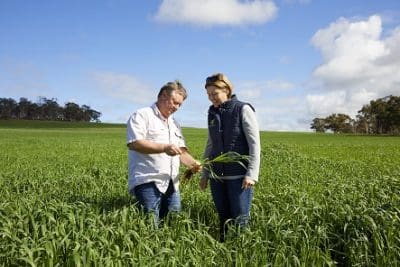 WA’s Narrakine Group is included in the 2018 NAB calendar.

In the 1980s Graham Harding pressed the first hay for small export volumes to Japan.

In the early 2000s the family sought greater control of the value-added product so they invested in a larger hay press, exporting to Asia via an agent.

With a recent hay press investment in 2016, the business aims to triple its output to 50,000 tonnes of hay per year, while maintaining an unwavering focus on quality and long-term export relationships.

As well as exporting hay, the Narrakine brand also grows a third of its own hay, which is put through the press and exported.

It also produces and exports grain primarily to China, the Philippines, Malaysia and Japan through the grain processing plant on the farm.