WESTERN Australia’s CBH Group has reported a record surplus before rebates of $247.6 million for the year ending 30 September 2017, and a grain intake of 13.2 million tonnes (Mt) in the 2017/18 harvest which is now in its final days. 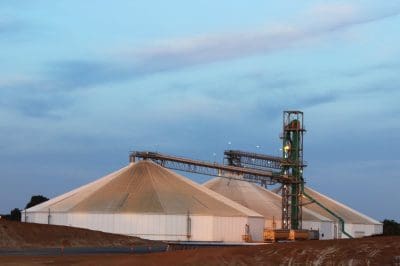 “Our operations and marketing and trading divisions, as well as our investments, performed well, with each returning a rebate to growers in the face of an international grain environment that continues to provide challenges,” Mr Wilson said.

“In the past four years, Western Australian growers have delivered above average crops, with crop production growing faster than initially modelled in certain areas.

“While managing such a large amount of grain can create challenges, CBH has responded by building additional storage and catering for unexpected events such as flooding and frost.”

The company’s Net Profit After Tax (NPAT) was $91.3m, up 83pc on the previous year, and revenue increased 6.3pc to $3.8 billion including pool revenue.

In 2016/17, CBH invested $97.3m in capital and maintenance works across its storage and handling network.

“Above all, the safety of our people is paramount, which is why we’re pleased with the substantial improvement in our safety performance, with a 49pc reduction in our All Injury Frequency Rate, well under target at 11 at the end of the year.”