A COMPOSTING business set up by a group of farmers in Central Queensland (CQ) to turn farm by-products into valuable soil improving mulch is being overwhelmed with demand, particularly from cotton growers in the region. 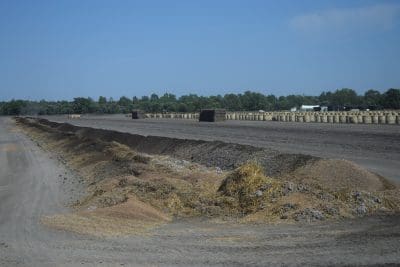 Compost materials are mixed in long windrows which are kept moist and turned regularly.

Established 10 years ago, CQ Compost operates a compost and soil conditioner manufacturing facility on a farm it initially leased, and has since purchased, near Emerald west of Rockhampton.

Reflecting the bumper cropping season CQ growers have had, demand for the compost has skyrocketed to the point where 5000 tonnes have been sold and transported from the site in the past six weeks.

“This is the first time we have struggled to supply. It has been line ball up until now but for some reason it has gone crazy in the last few weeks,” he said. 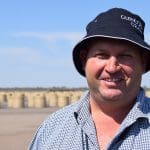 “Unfortunately, we need lead time to supply. It takes us 20 weeks to make it, so you can’t just ring up and ask for some.”

“We use a range of materials, including cotton trash, wood chip and straw stubbles from crops such as sorghum and wheat.” 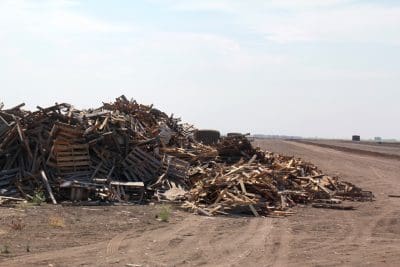 Pallets are used as a source of wood chip for making compost.

The materials are mixed in long windrows. They are kept moist and are regularly turned using tractor-driven windrow turners to encourage the aerobic process that ultimately transforms it into compost.

“Early on, once it is consuming a lot of oxygen, you need to turn the windrows quite regularly. In the first few weeks it is probably three times a week,” Mr Barnes said.

“As it becomes more mature you don’t need to turn them as much. It can be down to once a week or once every two weeks. Overall, it can take 12 weeks but we generally take 20 weeks.

“The important thing for compost is the carbon/nitrogen ratio. The biggest limitation is keeping the compost moist and wet so the composting process takes place and exchanging the CO² to keep it aerobic.” 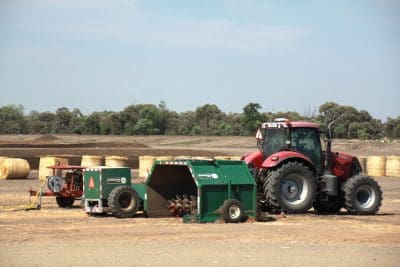 The windrows need to be turned regularly to encourage the composting process.

Windrow temperatures are maintained above 55 degrees Celsius and typically can reach between 65-75 degrees.

It is these high temperatures for extended periods of time that destroy weed seeds and prevent contamination issues.

“It is supplying P and K, trace elements and carbon. When you attach carbon to phosphorus you get a lot better efficiency out of the phosphate. That is the main thing we are looking for,” he said. 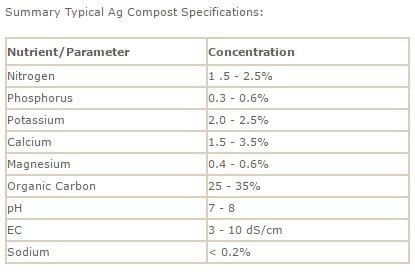 “It is equivalently priced to fertiliser, especially when you are talking about P and K.”

Compost is normally spread on-farm with a conventional belt spreader at two to three-tonnes/hectare. There is no need to incorporate it.

Mr Barnes said good compost would work in the first year, as long as it had been taken through to full maturity.

“Long term it will always pay for itself, but if a farmer is going to spend money they will want a return in the immediate crop. You can’t sell a promise.”