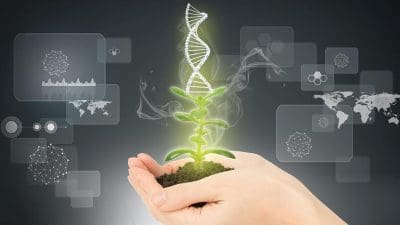 How can governments regulate these new techniques and do it quickly enough and in a way that assures both consumer safety and fosters the development of new technologies?

He released an advisory opinion on whether crops and animals developed using new mutagenesis techniques are exempt from the EU’s current regulation of GMOs.

The opinion clarifies much, but it leaves many of the difficult questions unanswered.

Disappointingly, it does not decide whether cutting-edge, gene-editing techniques such as CRISPR-Cas9 qualify for the exemption, or if they are regulated as GMOs.

Scientists, regulators, and the public will have to hope that the European Court of Justice (ECJ) is more courageous and overcomes the temptation to punt on answering the tough questions that could decide the regulatory fate of gene-edited products.

What is gene-editing and why should we care?

Those techniques can be used to turn genes on or off, as well as introduce genes with new, foreign traits by cutting an organism’s DNA at a precise pre-programmed location.

In 2012, gene editing took a huge leap forward with the discovery of CRISPR, a biological technique that is often described as an extremely efficient, precise, and inexpensive gene-editing “machine.”

Using CRISPR to edit the DNA in a cell is often described as analogous to programming a computer to find and replace one word in a 400-page book. 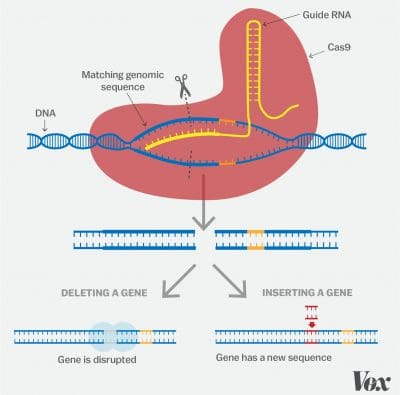 CRISPR has been described by Nature magazine as “revolutionary” and one of the “biggest game changers to hit biology.”

It has been used in laboratories to edit the genomes of numerous plants and animals that are important to agriculture.

Examples of gene-edited animals include: pigs that are resistant to particular diseases; pigs that produce leaner bacon; and hornless cattle (which avoids the painful process of manually dehorning them).

CRISPR also has potential applications in human medicine to cure genetic diseases such as sickle cell anemia, and to fight infectious diseases with antibiotics that specifically target disease-causing bacteria.

The Wall Street Journal recently reported that Chinese researchers have been using CRISPR to treat cancer and HIV patients.

Whether in agriculture or human medicine, CRISPR is inexpensive, relatively easy to use, and more precise than previous techniques.

While many scientists are going full steam ahead with CRISPR, others are concerned about possible risks.

CRISPR is not perfect, and it can occasionally cause off-target and unintended changes to occur in the genome of the gene-edited organism.

In addition, some scientists are concerned that CRISPR could be used to change the rules of inheritance, resulting in “designer babies” or the extinction of a species (a mosquito, for example). But the big unknown is how government oversight will affect companies’ ability to use CRISPR to develop and market new products.

Background on the debate

Is a crop with a genome that has been altered using molecular gene-editing techniques such as CRISPR-Cas9 regulated under the European Union’s regulatory framework for GMOs?

Many scientists and seed developers, and some countries, have argued that if a molecular gene-editing technique is used to alter a crop’s existing genome but does not introduce DNA from a different species, the resulting product is no different from a crop with a genome altered using other means.

Chemical mutagenesis and ionizing radiation, which cause random mutations in an organism’s genome, are currently exempt under the EU’s GMO directive.

Arguably, molecular gene-editing techniques that create similar products (but with greater precision) should also be exempt.

For some scientists and consumer and environmental groups, however, molecular gene-editing techniques are “genetic engineering” that could result in harmful products and should, therefore, meet all the substantive obligations under the directive.

The case before the European Court of Justice

In 2016, nine French non-governmental organisations (NGOs) opposed to GMOs filed a case with the highest court in France about whether mutagenesis techniques are regulated as GMOs.

As a result, the French court posed four questions about EU law to the European Court of Justice (ECJ).

As part of the ECJ’s procedures, the Advocate General often drafts a legal opinion about the issues in the case, and this document is what was recently released.

The opinion is non-binding and only advisory, but the ECJ often adopts the Advocate General’s legal analysis in its court decisions. The ECJ’s decision itself is expected later this year.

Some organisms altered by mutagenesis techniques are not regulated as GMOs.

The introduction of foreign DNA is not necessary for an organism to be a GMO.  An organism must merely have its genetic material altered in a way that does not occur naturally.

What qualifies for the mutagenesis exemption is not frozen in time to only apply to techniques—such as chemical mutagenesis—that were available when the GMO law was enacted in 2001.

Instead, the exemption should evolve over time and encompass all mutagenesis techniques that meet the statutory language.

Not all organisms with genetic material altered though mutagenesis techniques qualify for the exemption.

Only the subset of organisms in which the mutagenesis technique “does not involve the use of recombinant nucleic acid molecules” qualifies for the exemption.

What will these conclusions mean if they are adopted by the ECJ and applied to the regulation of gene-edited organisms?

Unfortunately, the Advocate General’s opinion does not apply his legal interpretation to the different molecular gene-editing techniques being used to create new crop and animal varieties.

The directive and the Advocate General’s opinion do not define “recombinant nucleic acid molecules,” nor does the opinion explain what it means for a mutagenetic technique to “involve” those molecules. 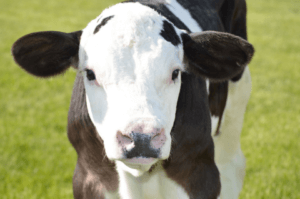 Does combining nucleotides to create the components of CRISPR-Cas9 complex result in a “recombinant nucleic acid molecule?”

Does “recombining” mean the joining of any two pieces of DNA or RNA from the same species, or do they have to be from different species?

Does “involve” mean that a “recombinant nucleic acid molecule” has been used at any step in the mutagenesis process, or only that the molecule is in the final product?

The Advocate General’s opinion missed the mark by leaving these questions unanswered.

Hopefully, the ECJ will not sidestep these questions in its opinion.

If it does, policy will have to be determined by EU regulators, or in future court cases.

The Advocate General’s opinion also finds that EU Member States can establish regulatory oversight for organisms created by mutagenesis techniques even if they are exempt from the EU’s GMO directive.

This holding could result in a patchwork of different rules throughout Europe, undermining the EU’s single market.  If exempt products pose potential risks, they should be regulated at the EU level.

The Advocate General’s opinion addresses the assertion that safety should be considered when determining whether new molecular gene-editing techniques should be exempt from regulation.

The French NGOs and some governments have argued that only “tried and tested” techniques that were found to be safe in 2001 should be exempt.

Other governments have argued that if a mutagenesis technique is “as safe as” a traditional technique, or if it has fewer risks than conventional mutagenesis, it should be exempt.

Both sides’ arguments are rejected by Advocate General Bobek’s opinion, which finds that the exemption of a technique does not depend on safety or risk.

While this may be the correct legal interpretation of the directive, the result is a bad policy in which some products are over-regulated while others are under-regulated.

Overall, the Advocate General’s opinion clarifies the scope of the EU’s GMO directive and how to interpret the exemption for mutagenesis techniques.

However, the key question of how that directive applies to new molecular gene-edited products, if at all, remains unanswered, at least until the ECJ weighs in.

Gregory Jaffe is the Director of the Project on Biotechnology for the Center for Science in the Public Interest. Follow him on Twitter @JaffeGregory